In the last post, I mentioned making a centerpiece for the Pocketful of Posies book release party at Highfield. Since I forgot to take pictures of the finished setup, here are some shots taken during the construction phase. Many of the dolls were models for projects in my how-to book Felt Wee Folk: Enchanting Projects and were unearthed for this event. 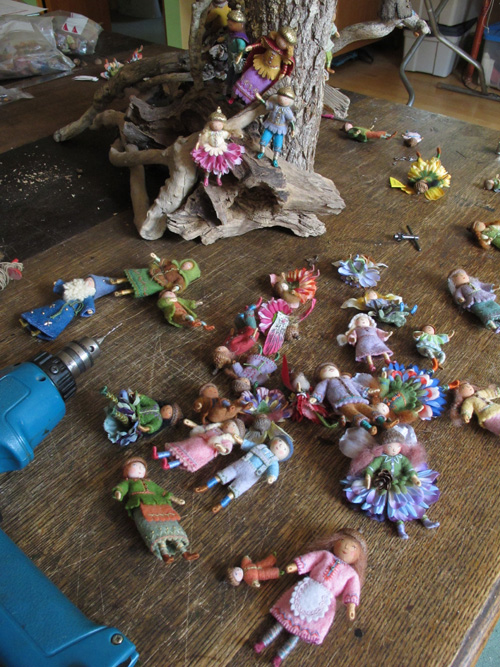 I arranged driftwood and logs that the wee folk could sit on and climb up. Old, dried up bayberry bushes, with their compact spread of small branches make good wee folk scale trees. 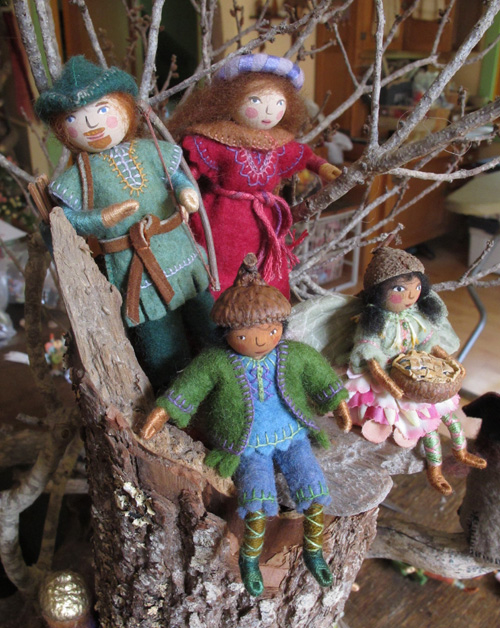 I drilled holes in the wood for small screw eyes, which served as anchors for the dolls. I felt like a prison guard, shackling their tiny ankles and tying their waists to the screw eyes with wire. But, it was to protect them from easy escape into the hands of big folk. 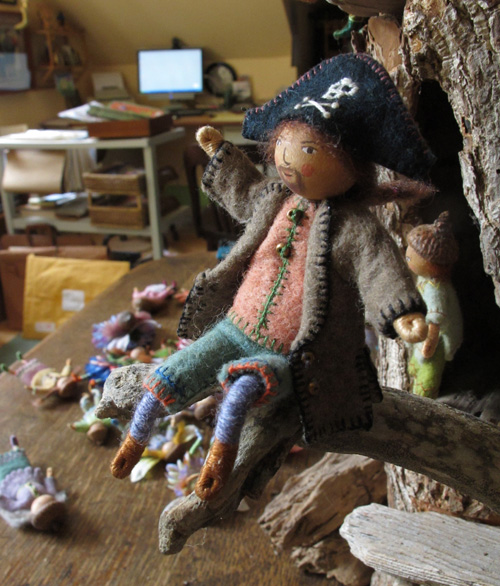 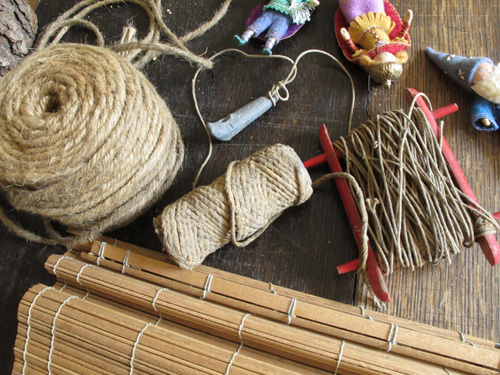 I selected the fatter jute rope and pulled out a wooden slat from the place mat. To make the rungs, I fed broken off wood sections through the rope and lashed them in place with an improvised knot. I wished we had learned knot tying in girl scouts. You never can tell when you’ll need outdoor survival skills! 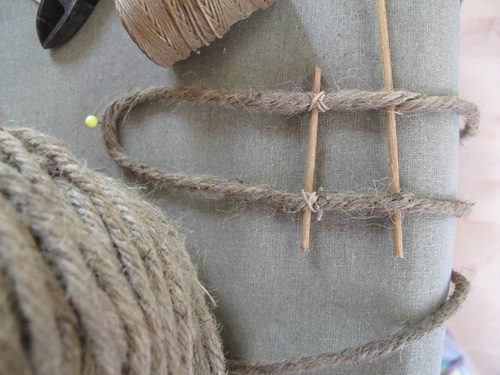 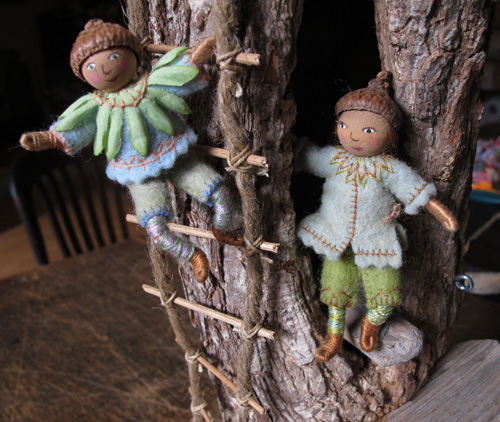 Here are some characters from Felt Wee Folk. 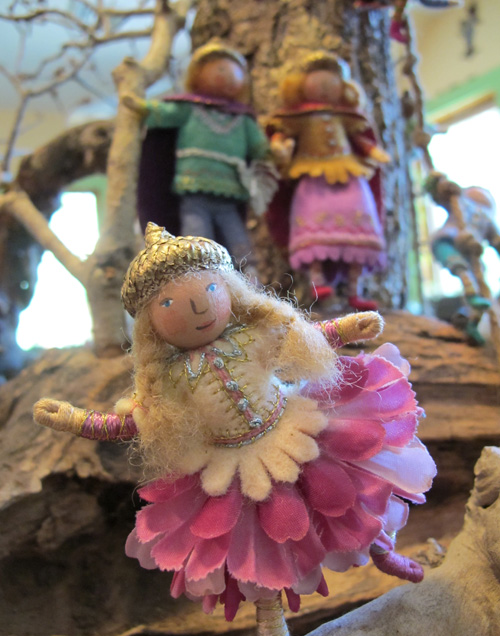 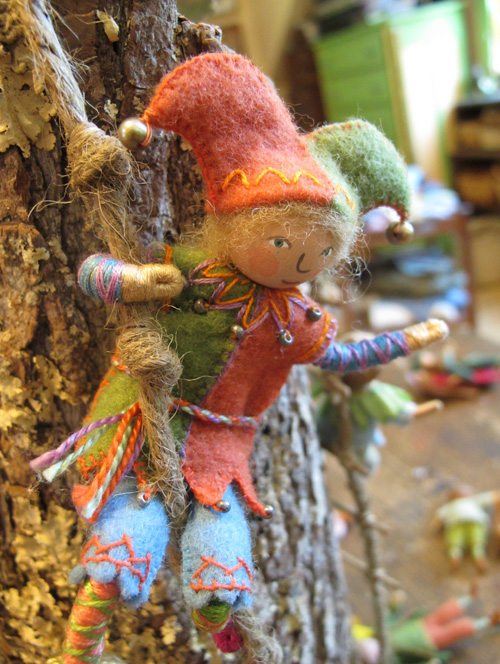 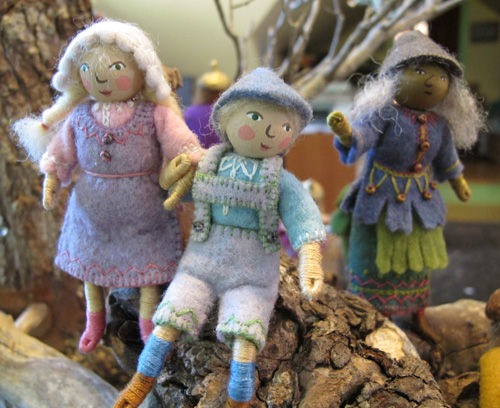 And a grandpa with his grandchildren. It sure was fun playing with these dolls again and bringing them on a short outing to my exhibit at Highfield. 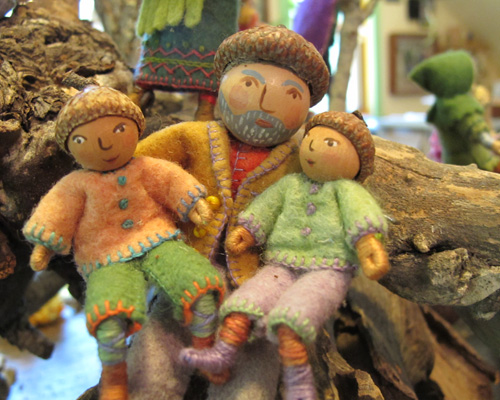