Original fabric relief illustrations from POCKETFUL OF POSIES were exhibited around the country for 5 years, starting when the book was published in 2010. The tour made it possible for thousands of people from coast to coast and in between to see the collection of 50 illustrations. Most of the framed originals are now in private collections.

About the book: Pocketful of Posies: A Treasury of Nursery Rhymes is a 72-page, full-color, hardcover edition, illustrated in fabric relief by Salley Mavor and published by Houghton Mifflin Harcourt. Pocketful of Posies won the 2011 Boston Globe-Horn Book Award for Picture Book and the Golden Kite Award for picture book illustration from the Society of Children’s Book Writers and Illustrators.

Order the book from Amazon.com.  Autographed copies are available from Salley Mavor’s Shop.

See a series of posts showing the process of making borders for the book’s original artwork: Pocketful of Borders

Katherine French, executive director of the Danforth Museum in Framingham, MA said of the exhibit, “This is very sophisticated work. When you describe it, it sounds too precious, but the reaction is one of amazement. People hear about it and say, ‘Oh, that’s nice,’ but then they see it and are blown away.” 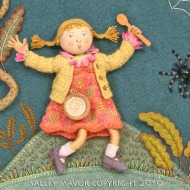 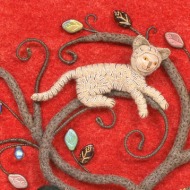 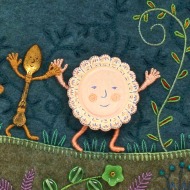 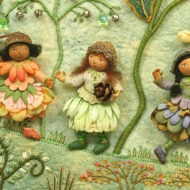 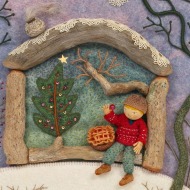 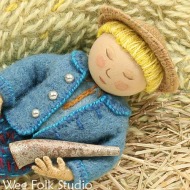 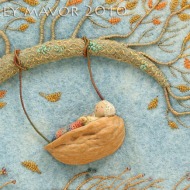 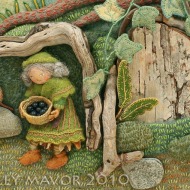 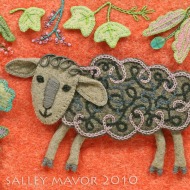 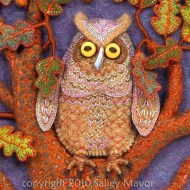 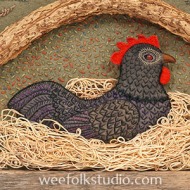 My Black Hen from “Pocketful of Posies” 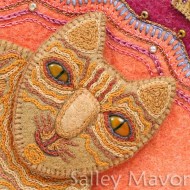 from “Pocketful of Posies”

54 thoughts on “Pocketful of Posies Exhibit”