This is the 2nd part in a series of posts about my new piece Cover Up (24″ x 30″), which features 45 individual characters who represent women from particular times or places. They all wear some form of head covering, adornment, makeup or mask that serve as markers, whether they are forms of self expression or dictated by religious or cultural tradition. There’s a wide array, from exaggerated fashions to veils that hide women from sight.

Some depictions are identifiable by their national costumes, tribal markings or regional headdresses and others are less distinguishable and open to interpretation, but they are all distinct individuals who fit into a collective portrait of women through history.

I tried to personify a variety of ethnic groups with accuracy and sensitivity. I didn’t want them to look like those plastic international souvenir dolls (shown on right), with generic features molded in different pigment shades. And I hope that Cover Up has more depth than a fashion show or a Unicef card. My intention was to show portraits of real imagined people, with their own personalities and spirits, who live or have lived with the pressure imposed by their society’s ideas about being female. Even the Geisha has an identity underneath her white pancake makeup and the Afghan woman has a unique self inside her blue burqa.

I used Google Images to find reference material and practiced painting likenesses on 20mm wooden bead heads with tiny brush strokes. As I watched the crowd of characters grow, I realized that each one had a story to tell. So, I photographed them all separately before sewing them onto the larger piece. Looking at the women individually may be a way to appreciate their distinct styles, but the relationship between them is missing. When viewed alone, there is no context for comparison, whereas the whole piece creates a juxtaposition that I find more thought provoking. 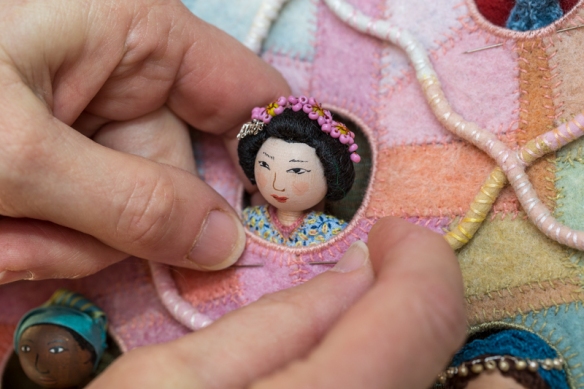 The following images are a collection of portraits of women who depict cultural, national, and religious forms of head coverings and tribal markings that reflect notions of female modesty, fashion, status and conformity from different times and places. The originals have 20mm wooden bead heads and these photos are enlarged so you can see the details.

Instead of making a key that lists each character’s source, I’ve decided to resist the tendency to label them and let their humanity speak instead. I hope you enjoy meeting the women! 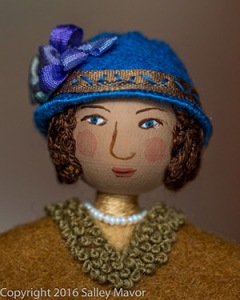 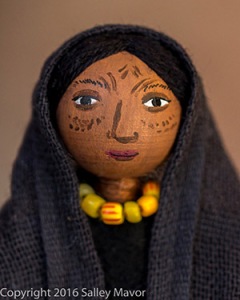 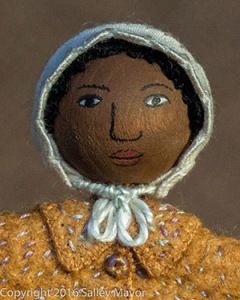 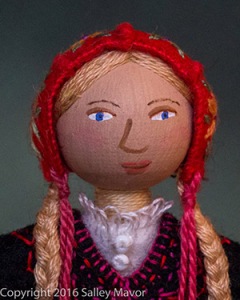 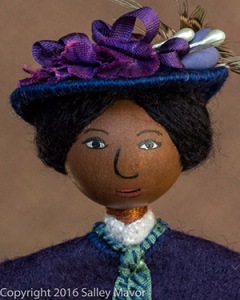 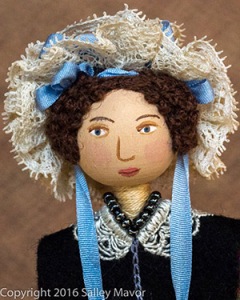 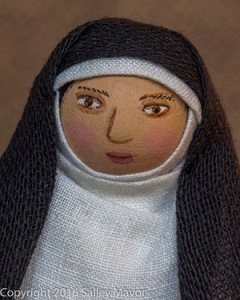 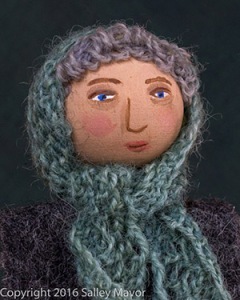 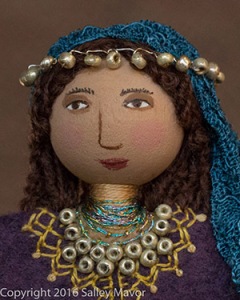 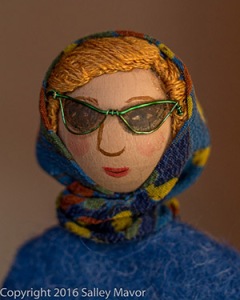 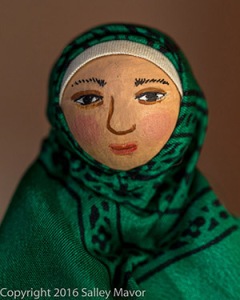 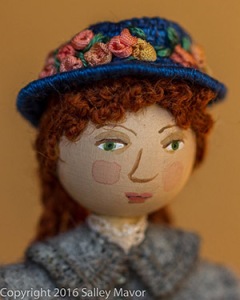 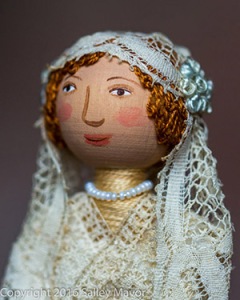 12 x 17 posters featuring of a selected group are available in my  Etsy Shop here.

Cover Up is part of a series that includes Face Time and Whiskers, which focus on bringing to life different people from around the world, using themes of history, style and cultural identity. In each piece, head and shoulder busts peek out of “cameo” framed holes. Their faces are painted 20mm wooden beads, with wigs and adornments, similar to the doll heads in my how-to book Felt Wee Folk – New Adventures. These 3 pieces will be included in my exhibit Intertwined – Needle Art of Salley Mavor at the Bristol Art Museum, Bristol, RI, Sept. 16 – Oct. 30, 2016.

The next post (part 3 & video) shows the process of making the pieced felt background for Cover Up. Read Cover Up (part 1) here.