This series of close-ups shows the progression of my stitching technique and style over 20 years of illustrating children’s books. The first picture shows a detail of the banana trail that Savi the elephant follows through the jungle in The Way Home (1991). Read the story about making The Way Home here. 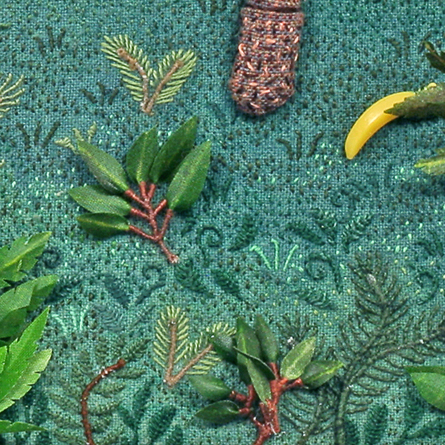 I made a stencil and painted grass on the velveteen background in The Way Home‘s sequel, Come to my Party (1993).

Jump ahead a dozen years and I’m embroidering blades of grass and sewing glass beads to a wool felt background in the board book, Hey! Diddle, Diddle.

And still obsessing over french knots in Jack and Jill.

This one shows a small section of the illustration from the song One misty moisty morning in my most recent book, POCKETFUL OF POSIES . If you are having difficulty finding a copy of the book, it’s because the first printing has sold out. My local bookstore, Eight Cousins, stocked up, so they might still have some (508.548.5548). The situation will soon be remedied, as the second printing will arrive from Hong Kong in mid-January. 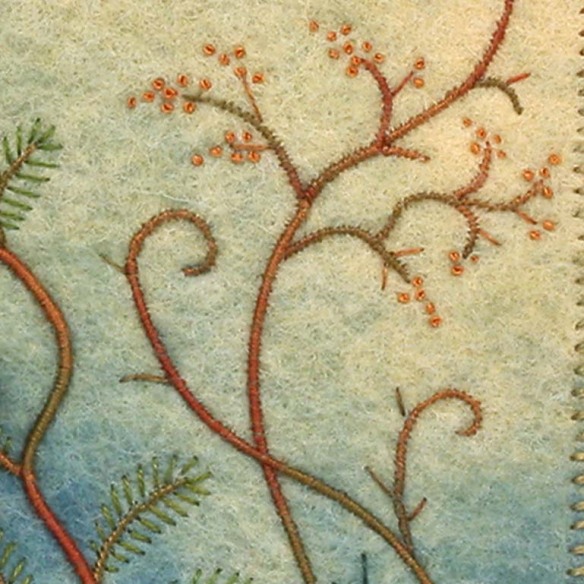 detail from "Pocketful of Posies" 2010