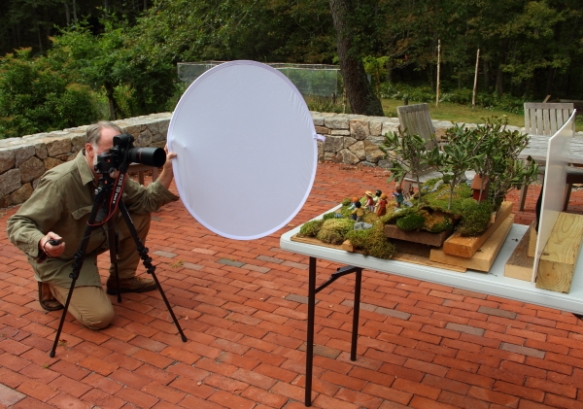 We woke up this morning to a hazy, cloudy day, which made me very happy. You see, I’ve been constructing a scene with dolls for my new book, the 2nd edition of Felt Wee Folk (2015 pub. date) and we were hoping to do a photo shoot outside with natural light. The conditions were perfect! The sun was just behind the clouds, shining a defused light that created soft shadows on the dolls’ little faces. We also used a reflector (that large white disk) to shine more light to the subject. It’s my job to hold the reflector at the right angle, but Rob held it while I took this picture. When I showed him this photo, he said, “Oh my, I look like a certified nerd.” I said, “Yeah, that’s my guy!”.

I had to resist the temptation to post closeups of the dolls, but it’s too early to show projects from the book, which isn’t scheduled to come out until 2015. It is not in my nature to hide what I’m up to, but I have to protect my ideas, until the time is right. I know that whatever goes out in cyberspace will be shared, often without regard for the source of origin. So, I’m giving a little peak, quite literally into the camera’s view screen. Hint: Mary Had a Little Lamb. 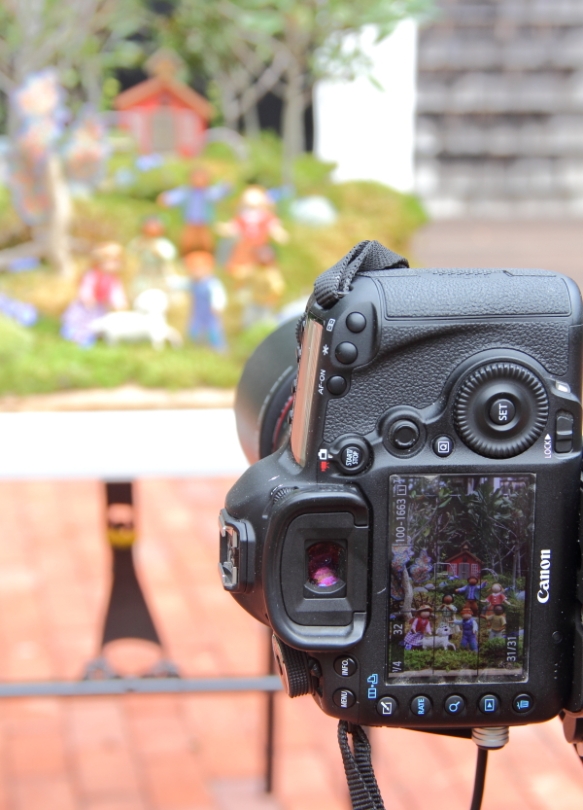