Last week,  I drove with my husband and a friend to Old Lyme, Connecticut, to see the eagerly anticipated Wee Faerie Village on the grounds of the Florence Griswold Museum.  It was the last opportunity to see the display, because this year’s exhibit closed yesterday. I’m told that they coordinate the building of a new village every other year, so the next event should be in the fall of 2014. 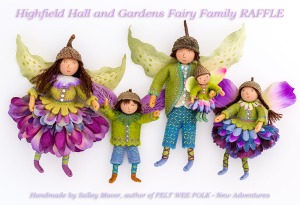 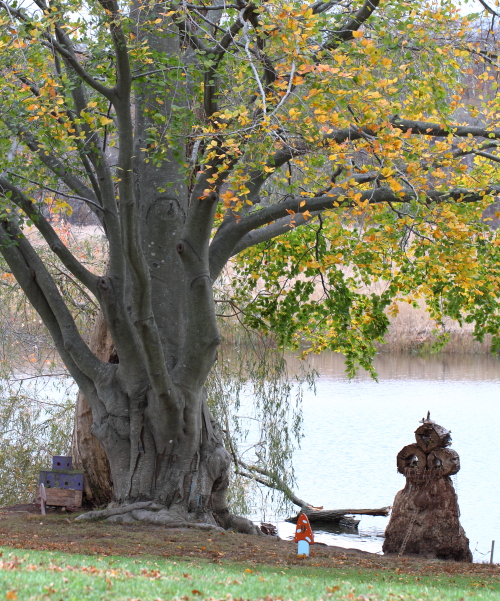 Even with cloudy skies and cool temperatures, we enjoyed strolling around the property, following the numbered mushroom signs. Over thirty fairy dwellings were created by artists from the area, including my favorite, Nevergreen Caverns, made by the museum’s education director, David D.J. Rau. 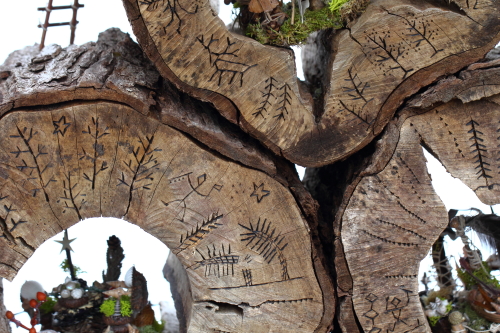 Three hollow logs are stacked on a larger stump, with each space furnished with fairy comforts. 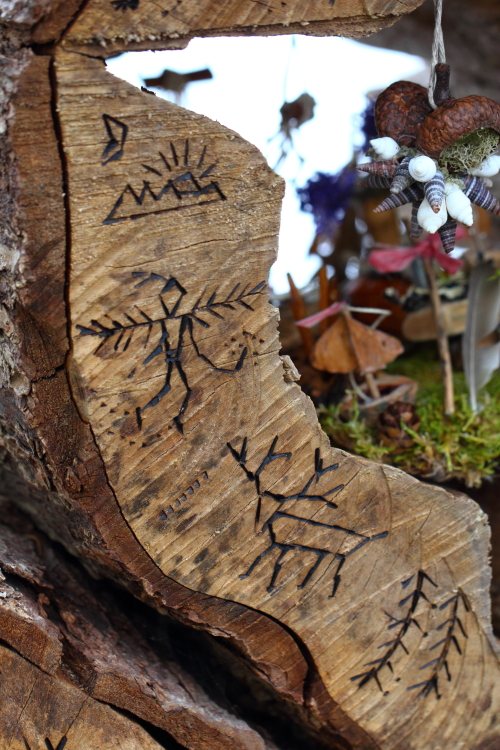 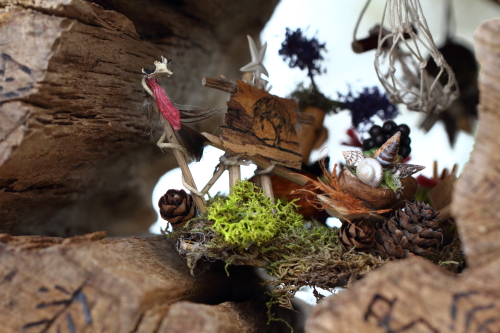 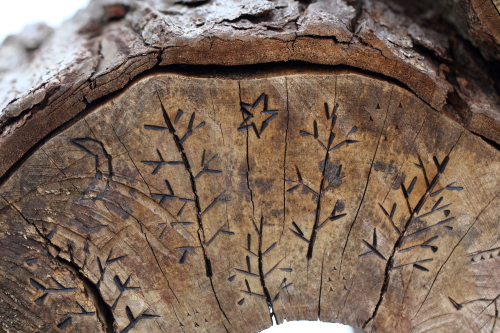 as well as the mushroom roofed balconies.

It was well worth the visit! I will show more pictures of other houses in my next post. 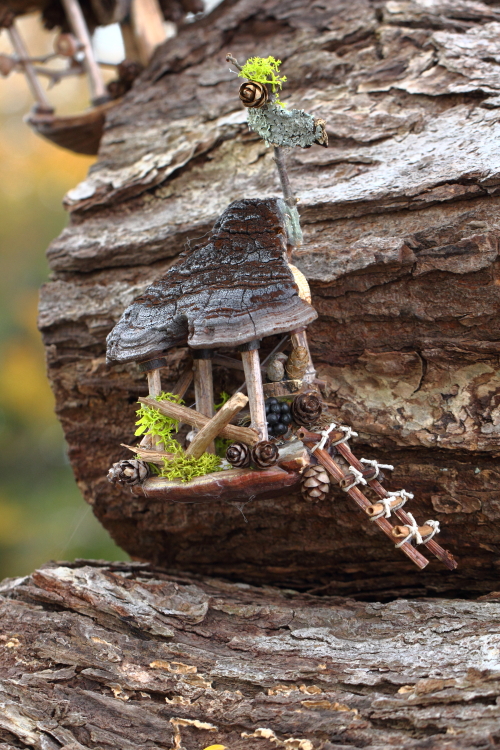