A good story told in combination with orchestral music is a special treat. I had the pleasure of working with my friends at Maestro Classics on one of their recent CD projects. They hope that families will be educated as well as entertained with their series of award-winning story and music CDs for children.  The producers of the recordings, Bonnie and Stephen Simon, have a house in Woods Hole and we have known each other for quite a few years. I remember Bonnie talking about her idea of making recordings of the Stories in Music™ performances that her husband Stephen had conducted in Washington, D.C. at the Kennedy Center. Well, they did it, and their company, Maestro Classics, now has eight CDs available, with more planned for the future. I was very excited to be asked to illustrate the CD box for Prokofiev’s Peter and the Wolf. 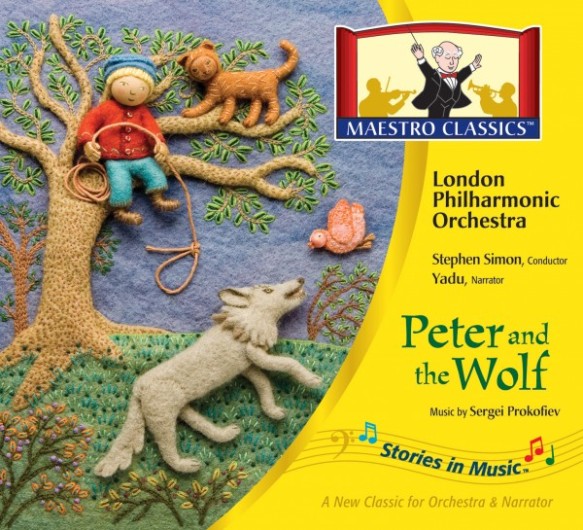 The Russian story was a perfect match for my folk art style and it was a joy to bring Peter and the animals to life. In addition to designing the cover illustration with Peter and the cat in the tree, with the bird taunting the wolf, I made a scene to be used inside the case. Here’s a sketch I made of Peter with his grandfather in their fenced in yard, which later was developed into a sewn scene. My layouts are usually simply drawn, with figures and other important features positioned in the space.

Sketch of Peter and his grandfather

Later, when I’m sewing, the color and details will start to emerge. The fence posts are made from some bone beads which have been sitting patiently for years, waiting to be useful.

inside illustration from "Peter and the Wolf" CD 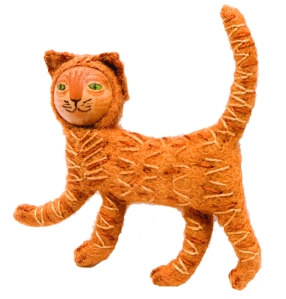 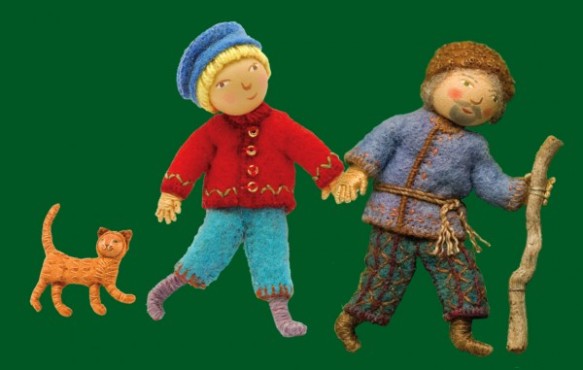 I also made individual characters from the story, including the hunters to be used as illustrations in a little activity booklet of games and information that comes with the CD. Lately, I’ve been using painted bead heads for some animals like cats and birds. It’s almost like a child’s  costume, with a painted face and hood with ears. But, the wolf needed to have a long pointed head. It was important that he be scary and imposing, not too cute, so I gave him teeth, intense eyes, and a shaggy mane.  You can see and listen to Maestro Classic’s CDs here. 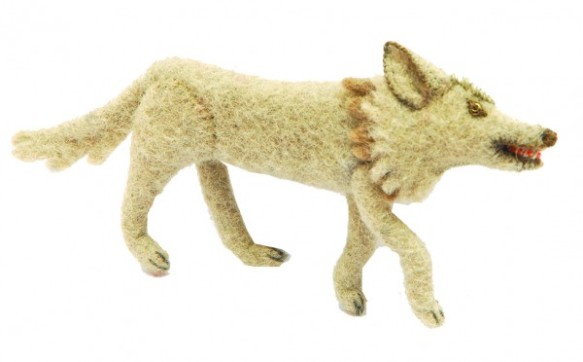 9 thoughts on “Peter and the Wolf CD”