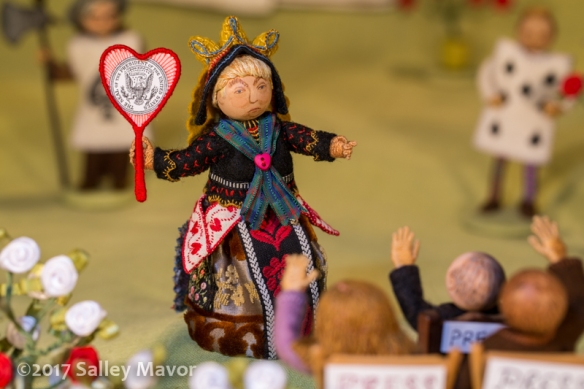 I am happy to report that the Wee Folk Players (They’re a Stitch) have been pressed into service once again, with this special edition of a Lewis Carroll classic, set in the White House rose garden. 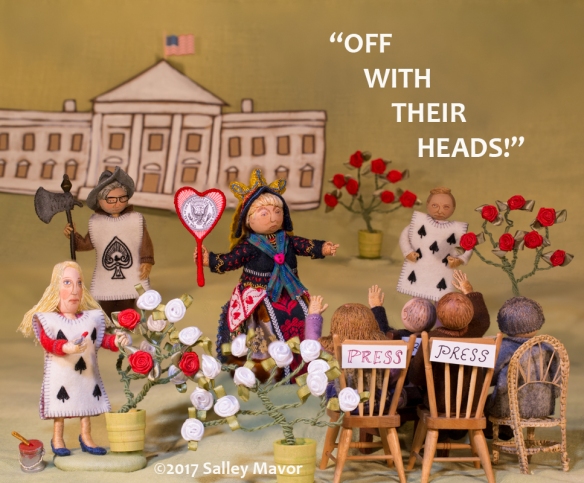 The lead, playing the Red Queen, delivered a brief quote-worthy headline, all in caps. As the story unfolded, more than a few questionable members of the press pool found themselves on the cutting room floor.

With an eye toward accuracy, the costume department used a variety of media and some anonymous sources to make articles of clothing. 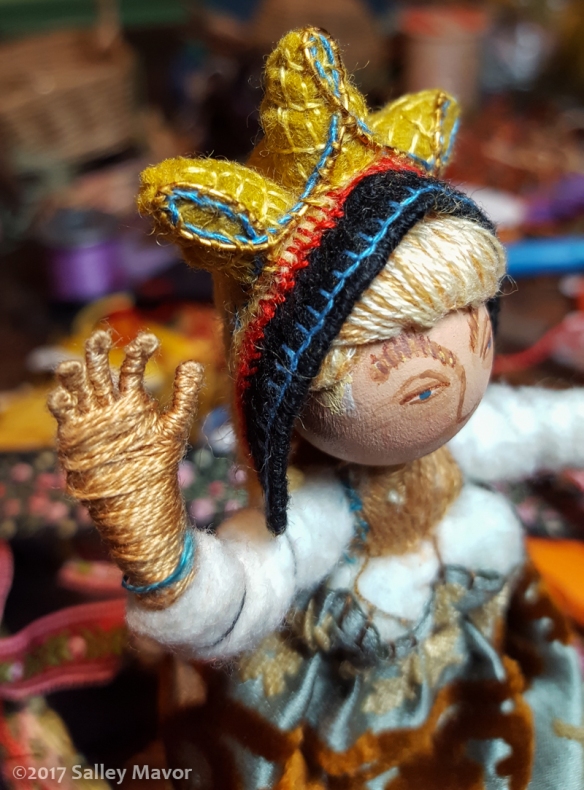 They produced this corresponding video, too.

Other costumes were thoroughly researched and authenticated.

Here’s the Royal Apologist painting the roses red, in accordance with the Queen’s wishes. 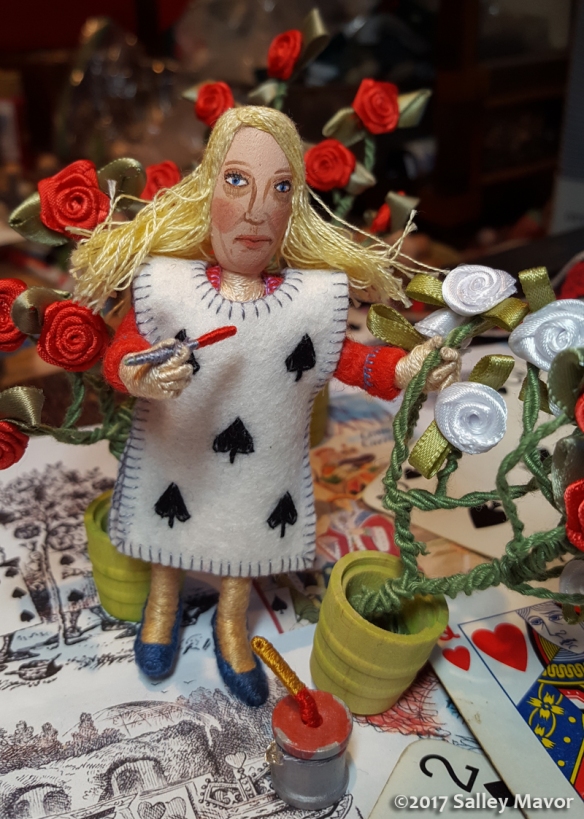 Backstage, the cards shuffled around aimlessly when Seven, after calling his bluff, decked the Ace of Spades.

Strictly off the record, it was a challenge for the cast to stay on script while the cameras rolled. However, they pulled through with few revisions and even made the deadline!

The Wee Folk Players (They’re a Stitch) formed after the 2016 election and have performed a string of episodes in the American Drama Series. To keep up with new posts, subscribe to this blog (top right column on the home page). For a wide ranging look at new and old material from my studio, please follow along on Instagram and Facebook. And to find out about Salley Mavor’s post-election satire, please read this interview.