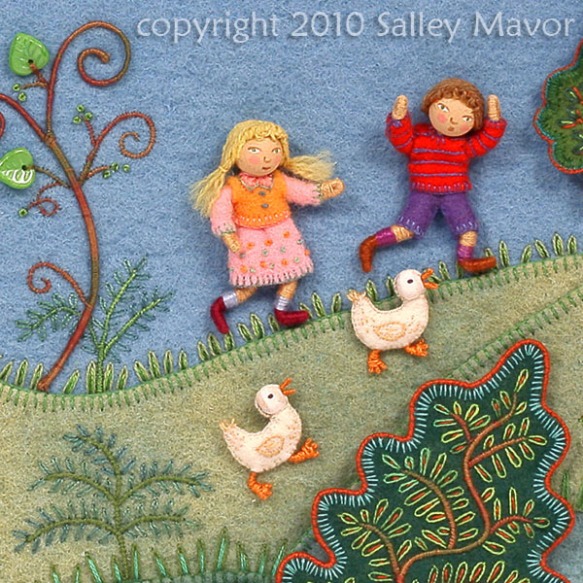 In the past few days, I have heard from three different people who’ve traveled some distance to see the Pocketful of Posies Traveling Exhibit at the  Cedarhurst Center for the Arts. I can picture carloads of quilters, embroiderers and children’s book from the Midwest heading down the highway, all converging in Mt. Vernon, IL. Let’s hope that there was a lot of chatting and laughter during the hours on the road  And some have driven quite far, from hundreds of miles away in Wisconsin and Indiana.

Cindy Gehrke told me about how she and two needle-worker friends took a 4 day road trip which included a visit to my show. MarySusan Farmer, who came with a group that drove the 2 1/2 hours from Springfiled, IL writes, “What a TREAT!!! Your artistry is so totally engaging it was beyond belief!!” And Louann Mattes Brown checked in after she and some other members of the Society of Children’s Book Writers and Illustrators had a field trip to the exhibit.

Added 4/15/13: Bonnie from St. Louis, MO just wrote to say that nine members of the Doll-a-holics ( a hands on soft doll making group) carpooled 2 hours to Cedarhurst to see the exhibit. She says, ” We were all overwhelmed by your intensity of stitches, the small size, and the dimensional quality that you created in each. What a wonderful day we had.”

I’ve also heard from quilters who are planning on taking in the Cedarhurst exhibit, which is only 1 1/2 hours from Paducah, KY and the The American Quilter’s Society Annual Show and Contest (April 24th-27). And while they are in Paducah, they can also see my piece,  Birds of Beebe Woods in the Fantastic Fibers show at the Yeiser Art Center!

I’m impressed that people are making an effort to see my work while it is within reach, even though they have to travel for hours! The exhibit will be up until May 5, 2013 at  Cedarhurst Center for the Arts. I’ve also heard from people who’ve driven long distances to see the other half of the book illustrations in Fresno, CA.  That exhibit runs through May 24 at the Arne Nixon Center for the Study of Children’s Literature, Henry Madden Library at Fresno State.

Because of continued interest, I’ve decided to keep touring a select group of original Pocketful of Posies illustrations beyond 2013. At this point, I don’t have the time to send out proposals and search out exhibit opportunities, so I can’t target specific cities or parts of the country. I would love to have the show go far and wide and it all depends on which venues contact me. I am in discussion with a few prospective hosts who have asked about future shows. Inquiries from libraries, art centers and museums with a shipping budget are welcome. 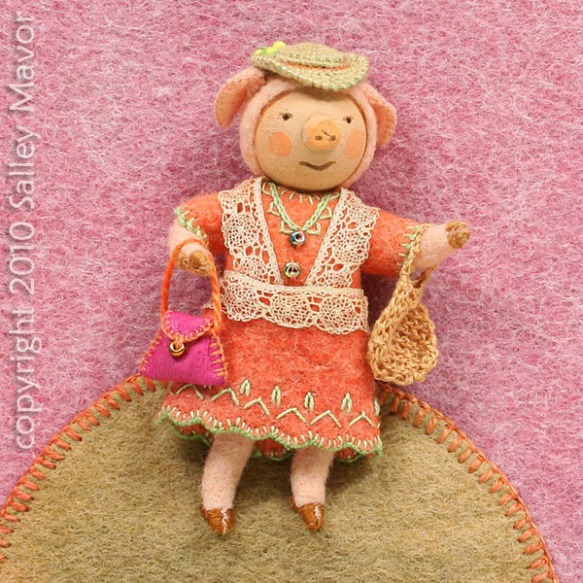