Owls have such distinctive shapes and characteristics that make them visually appealing.  They can be identified by a simple silhouette or depicted in all their glory with every feather rendered in detail. This series begins with an owl (enlarged x 2) from an illustration for the Halloween poem in my book, You and me: Poems of Friendship and then continues with a felt purse from my how-to book, Felt Wee Folk. There’s the tiniest owl from In the Heart and then two from my upcoming (Sept./2010) book, Pocketful of Posies. 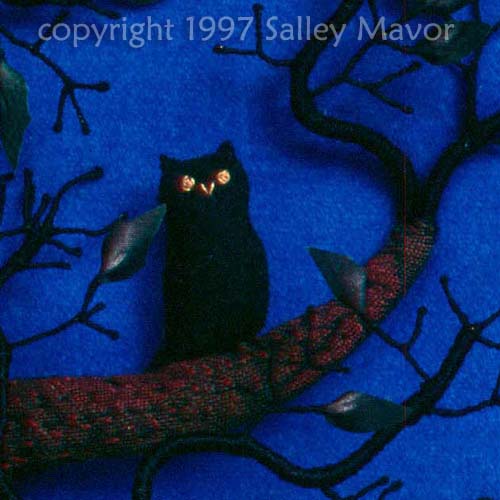 detail from “You and Me: Poems of Friendship” 1997 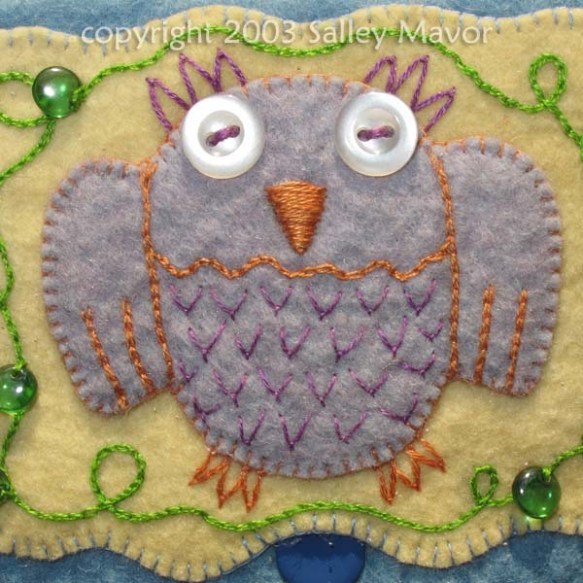 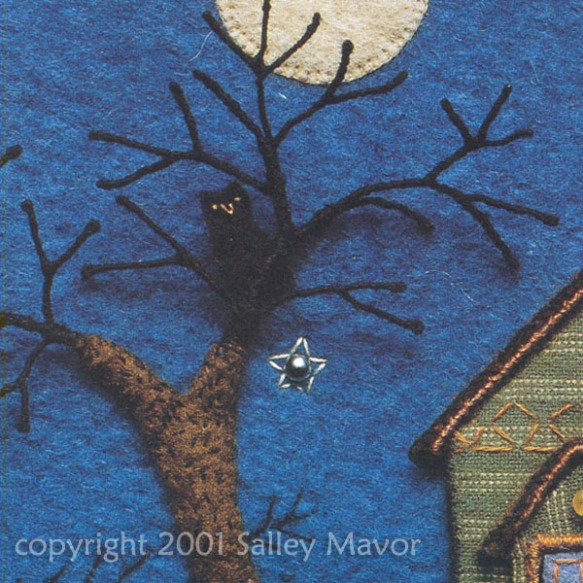 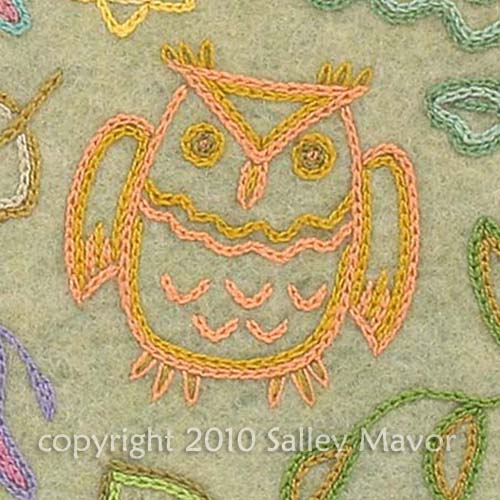 detail from endpapers “Pocketful of Posies” 2010 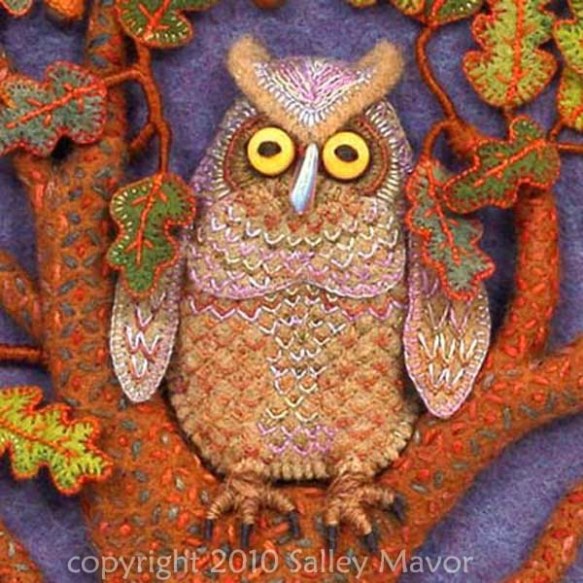 Note: See other posts in the Close-ups series archive here.