In the early 80’s, I designed projects for Magazines. I remember that the projects themselves were fun to figure out and make, but writing the directions was a big chore. You have to break the process down step by step and explain every detail. Sometimes it’s hard to tell how you did something in a clear understandable way. I work intuitively, so writing coherent directions was work!

Here’s a ticket stub to a production of the opera, Amahl and the Night Visitors, which was performed in Falmouth by a local theater group in 1981. I designed the posters, program, tickets and costumes. The image of the three kings got me thinking about doing a nativity scene of cloth dolls. The thing about dolls is that they usually have legs, which makes it difficult for them to stand on their own. So, I gave these characters long robes and even put sand in the bottom to make them stay grounded. The kings were made from lush fabrics like brocade and velveteen, with metallic braid, and they carried bead and button gifts. Mary and Joseph’s clothing was more homespun, with woven wools and roughly textured cloth. 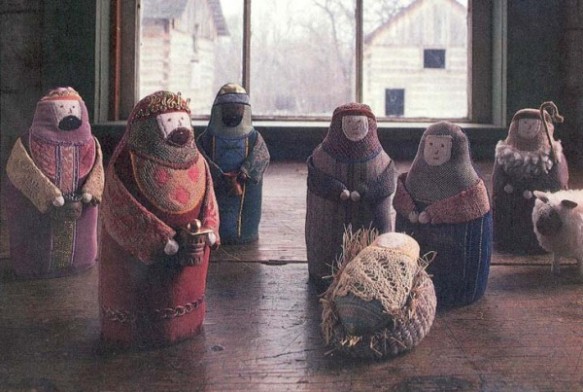 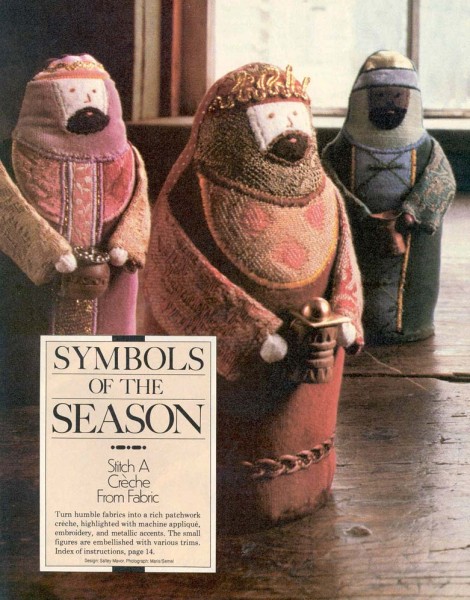 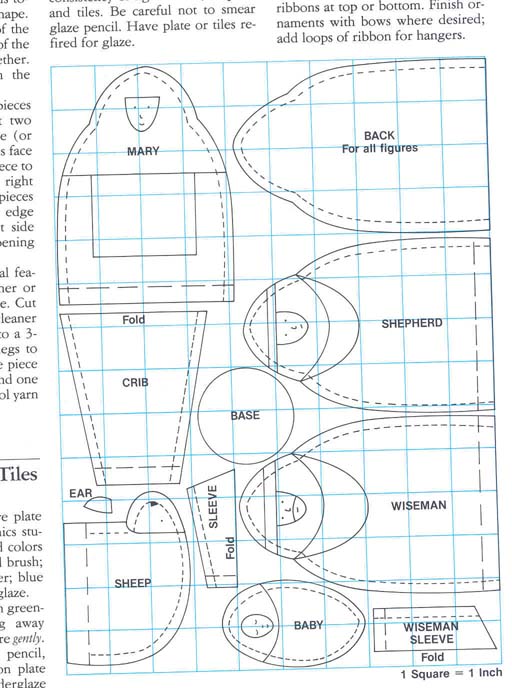 patterns from Better Homes and Gardens, 1981