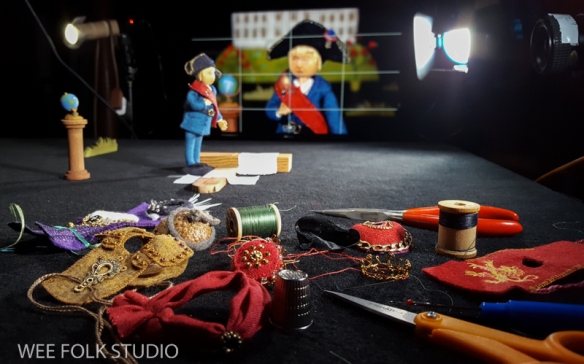 If you’ve watched Liberty and Justice: A Cautionary Tale in the Land of the Free, you’ve seen the history lesson near the end with morphing costumes of iconic authoritarian figures through time. Later in this post, I’ll show process photos of some of the costumes. But first, I want to say a little something about the Woods Hole Film Festival, where our film had its film festival premiere last week. 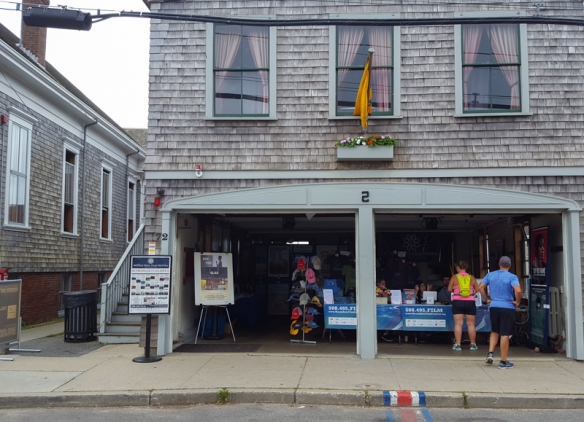 Thank you to all of you who came out to see Liberty and Justice! The sold out crowd sat through over an hour of serious, heavy and powerful short films, in sweltering conditions, before our movie came on. It was an endurance test, for sure! The sense of relief was palpable when the Wee Folk Studio animated logo appeared, with cheering loud enough to drown out the sound effects. Other than showing the movie to friends at our house, we had not yet experienced a live audience’s reaction in a theater setting. As the story unfolded, there were bursts of laughter, even at some of the more subtle jokes. Rob and I whispered to each other, “They got it!”. It was fun to hear giggles and gasps of recognition at the various characters as they played their parts. We came away feeling that the year we spent filming in the basement was worth it and that we are very honored to be a part of such a prestigious film festival right in our home town. My favorite comments were that it was “fun and deliciously weird” and “the darkest cute movie I’ve ever seen.”

I am also excited to announce that our film received an Audience Award for best animated short at the festival awards party last night. Rob and I almost didn’t go because it was past my bedtime, the music would be too loud, etc. But, I’m glad we pushed past my old lady complaints and went anyway! 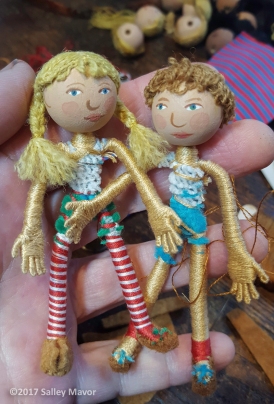 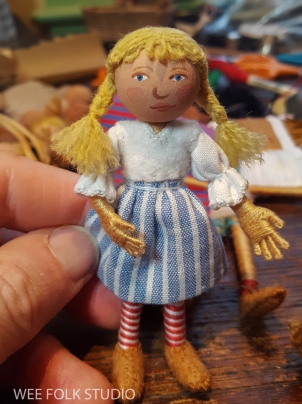 And now the costumes. Let’s start with the innocent protagonists, Liberty and Justice, who are modeled after Hansel and Gretel. With a few exceptions like their hands and feet, their bodies are made the same way as the dolls in my how-to book, Felt Wee Folk. 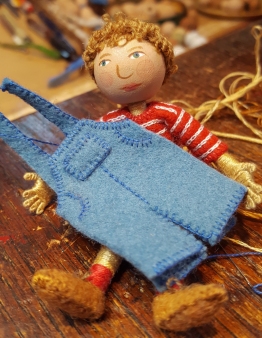 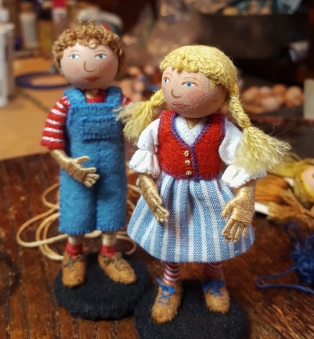 This is the title set, where I animated Liberty dropping bread crumbs (stone cut oatmeal) in the shape of letters. The dolls’ wire armatures help articulate movements with tiny bends and adjustments. Their heads are loose, so they can swivel back and forth on their pipe cleaner necks. 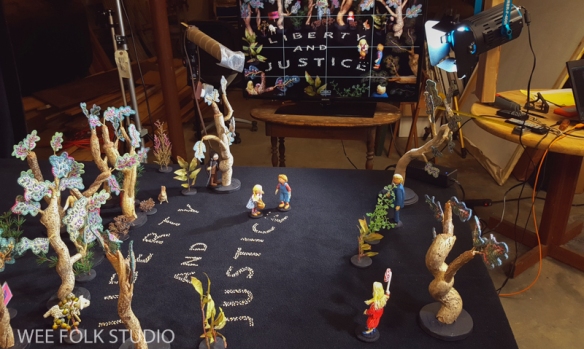 It was very helpful to refer to the monitor during filming, so I could see the camera view. At 24 frames per second, I moved the figures about a 16th of an inch or less for every shot. 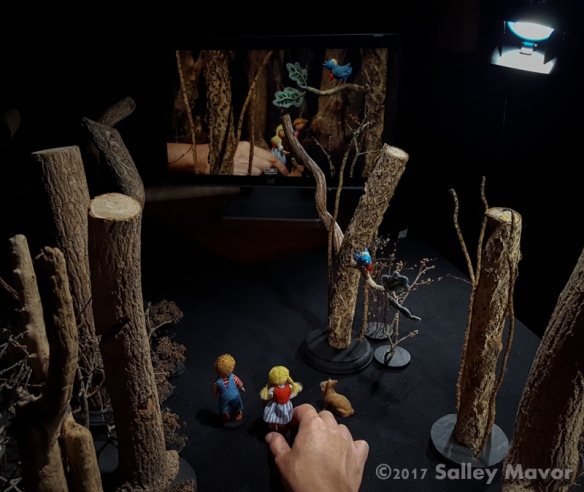 And now for the despots.  After researching various kings and dictators, I picked ones with clearly identifiable uniforms, mannerisms and ruthless reputations. Researching and making their costumes was a liberating experience, as I confronted and engaged with these iconic strongmen. There’s something satisfying and even subversive about having bad guys cut down to size. We loom large over them, as they are exposed and held captive in miniature scale and for a moment, their power is diminished. I’m sure you can guess who some of these are. Please see the rolling credits at the end of the movie for a list of characters in order of appearance. 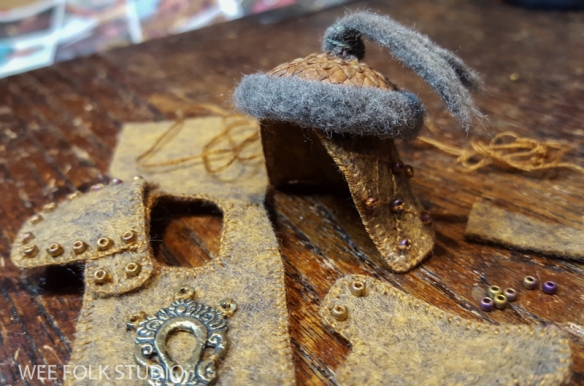 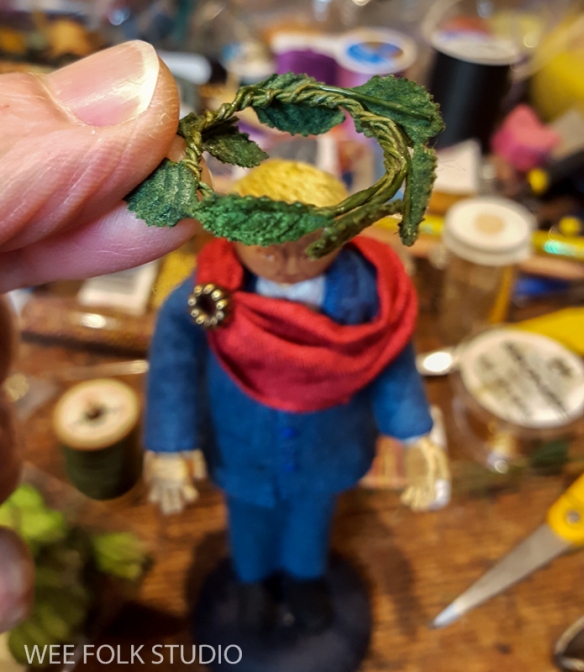 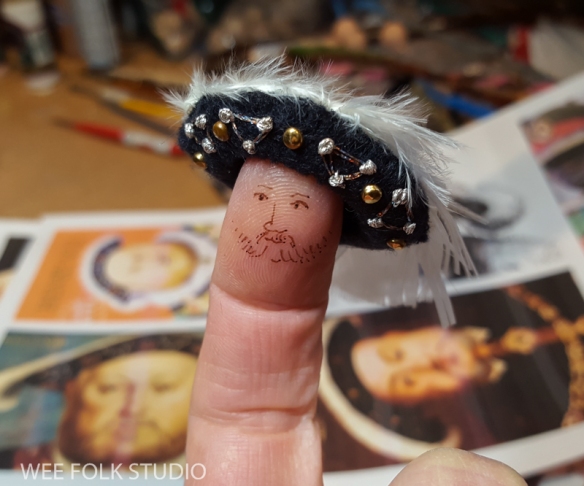 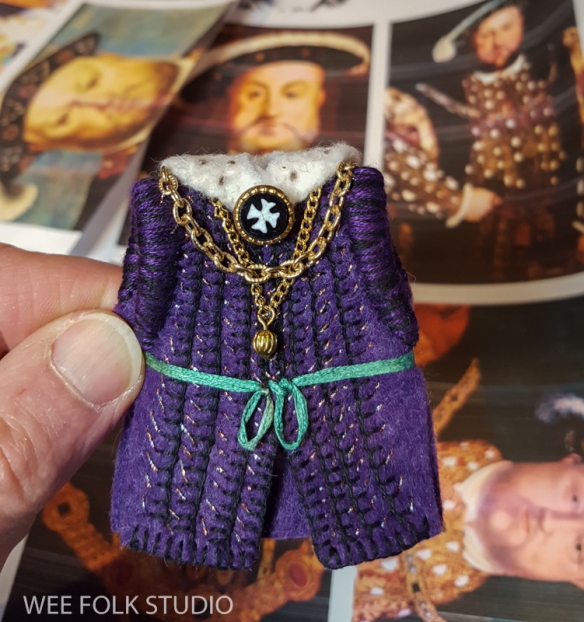 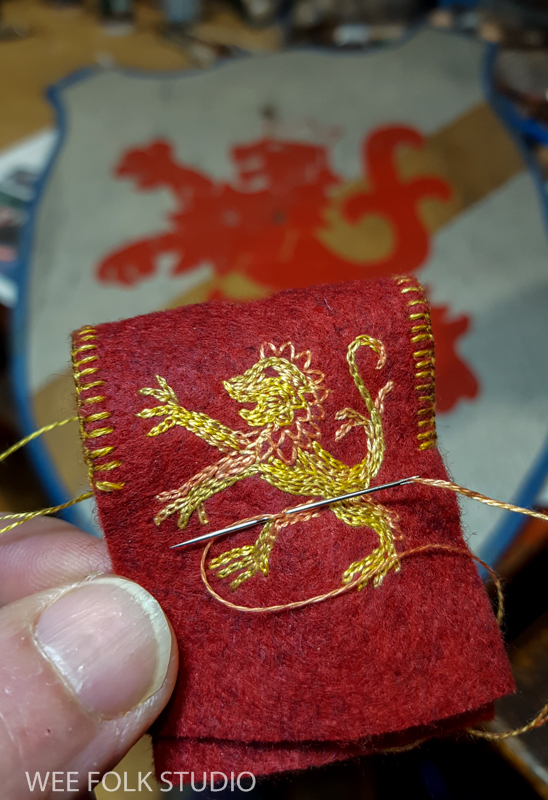 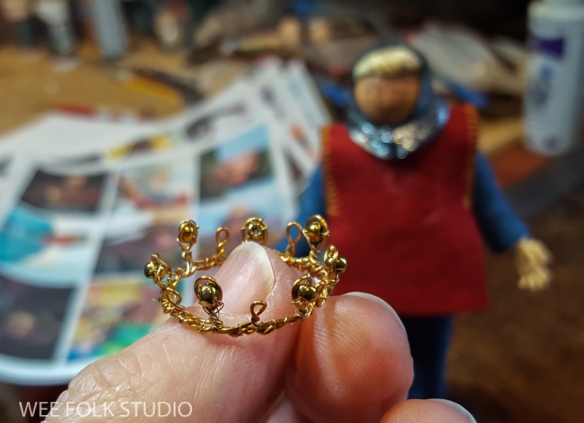 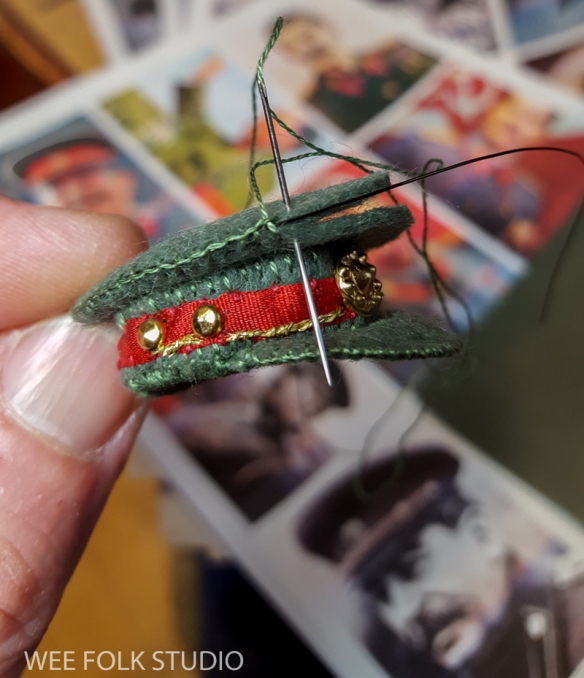 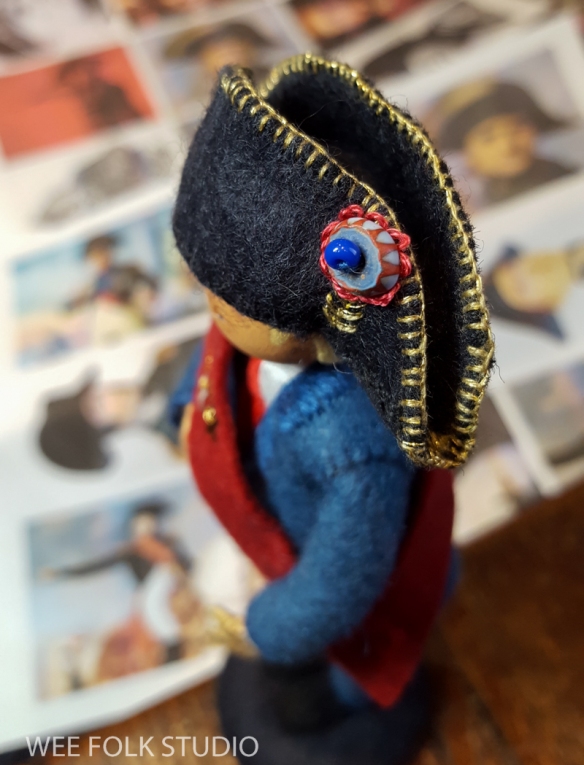 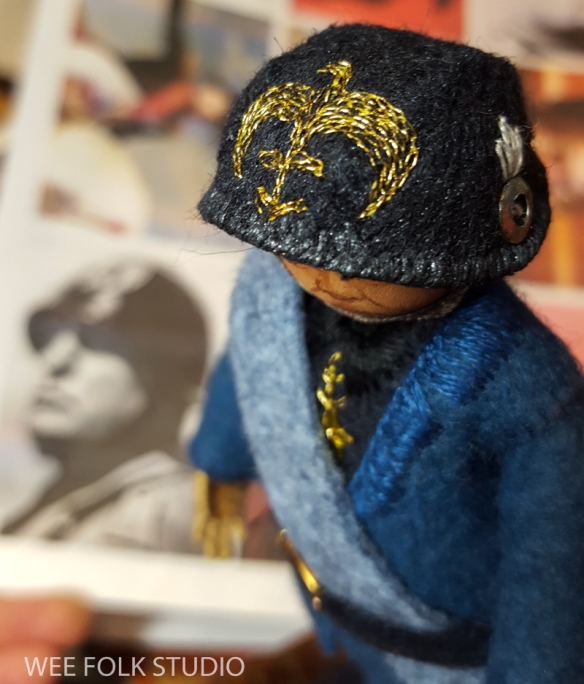 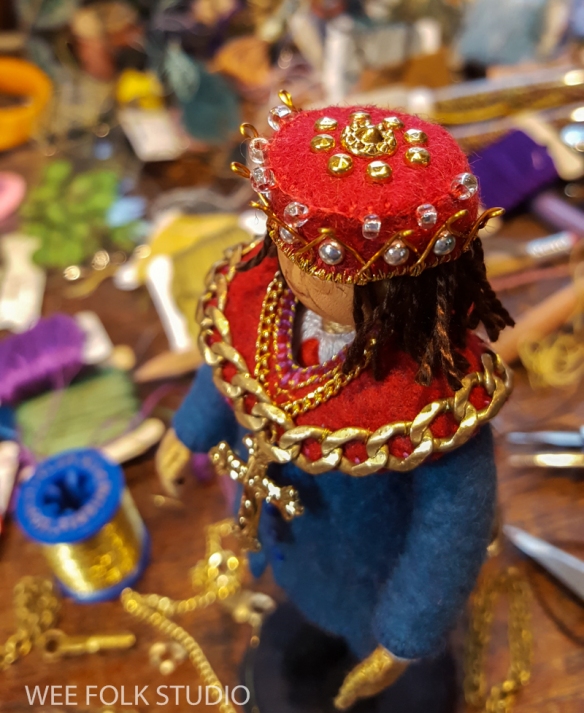 19 thoughts on “Costuming despots and innocents”