For the past 6 months, my husband Rob and I have been making a film starring characters in the Wee Folk Players theater troupe. We’re working in stop-motion animation, where you basically take a series of photos, moving figures and/or objects in between shots, in itsy-bitsy amounts. When the photos are played in sequence at 24 frames per second, it appears like fluid motion. This process has got to be one of the most time-consuming art forms out there. In some ways, it takes the same patience and attention to detail that embroidery work requires, with the added bonus of seeing your creations move!

I’ve wanted to breath life into my figures through animation for a long time, but felt unprepared to take on the task, especially the technical parts. Now, with Rob’s help, I am able to advance my art into a new realm. We are very happy with how it’s coming out and hope to have a 10 minute film some time next spring. It will be a wordless story exploring our current and very unique political environment. At the very end of this post, there’s a peek at our animation stage, with the scene we’re currently filming. 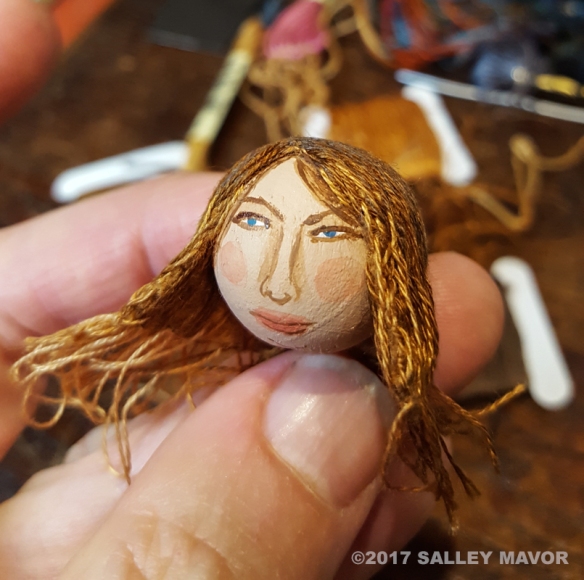 I can’t show you much yet, but HAD to share this latest member of the cast, who will have a cameo appearance alongside the leading man. Thread extensions were useful for her tri-colored hair and I had fun with her spiked heels.

After her shoes were sewn in place, she and her sole sister Barbi commiserated about foot ailments. 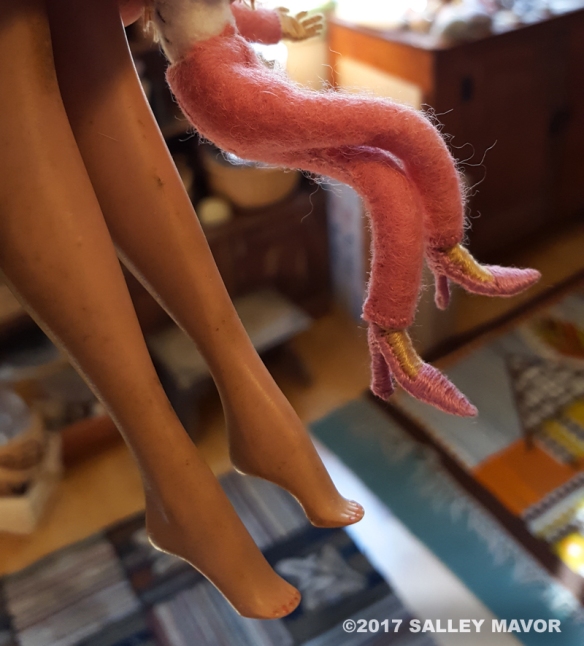 This is one of the final fittings for her custom made suit. 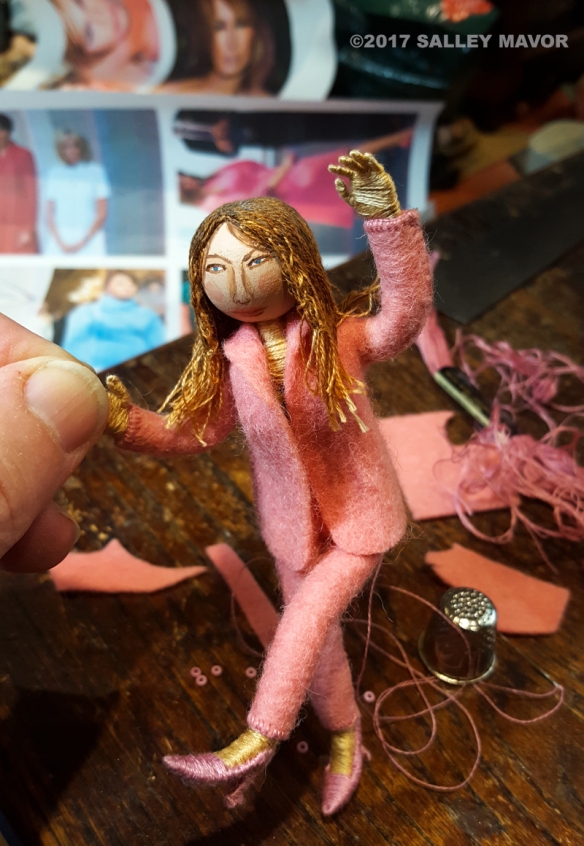 Here she is, flashing her rock, while waiting to perform. 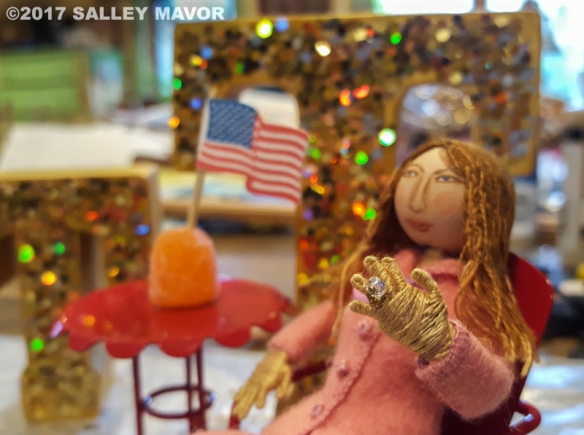 The animation stage is set up in the basement, with lights and a camera on a slider. The scene bollow is made with real candy, so everything is pretty sticky. To give you an idea of the time involved, we’re currently filming a 10 second shot that totals 240 photographs. There’a a lot of action with many moving parts and I’ve already had to start over 3 times because of bumping props during the process. One could think of it as 6 hours of wasted effort, but every time I redo it, I learn something new and the results are more nuanced. Tomorrow, I will try again, being extra careful to move only the parts that need animating!

To keep up with new posts, subscribe to this blog (top right column on the home page).