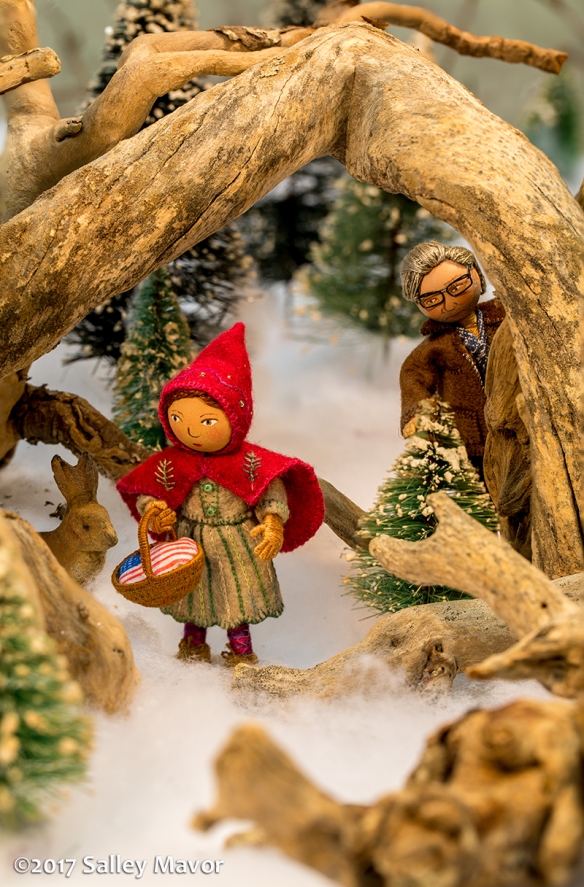 The Wee Folk Players (They’re a Stitch) turn to the classics to tell an age-old cautionary tale about hidden danger and hoodwinking, which is as relevant today as it was in the time of the Grimm Brothers. In this latest installment of the American Drama Series, Little Red, White and Blue meets Big Bad Bannon. 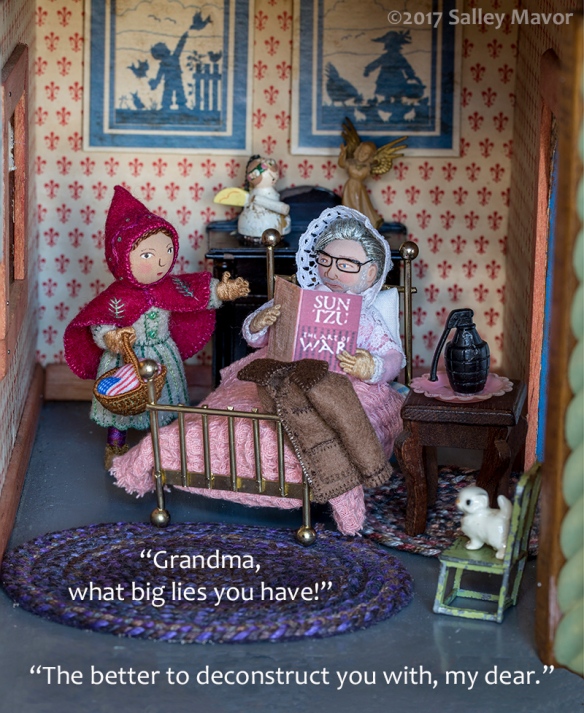 The backstage crew scoured the storeroom for furniture and props to enhance the indoor set, including hints at Big Bad Bannon’s hidden persona. An article from his distinct wardrobe hanging on the bed post is an obvious clue, as is his instruction manual.

Also, you can tell a lot about someone by what they keep on their bedside table. Explosive rhetoric (c/o GI Joe) could come in handy when “blowing up the establishment”.

Pausing on a cliff hanger, this episode begs for a sequel. Will Little Red, White and Blue succeed in her quest for truth and survive being tested to the limit by Big Bad Bannon and his front man? 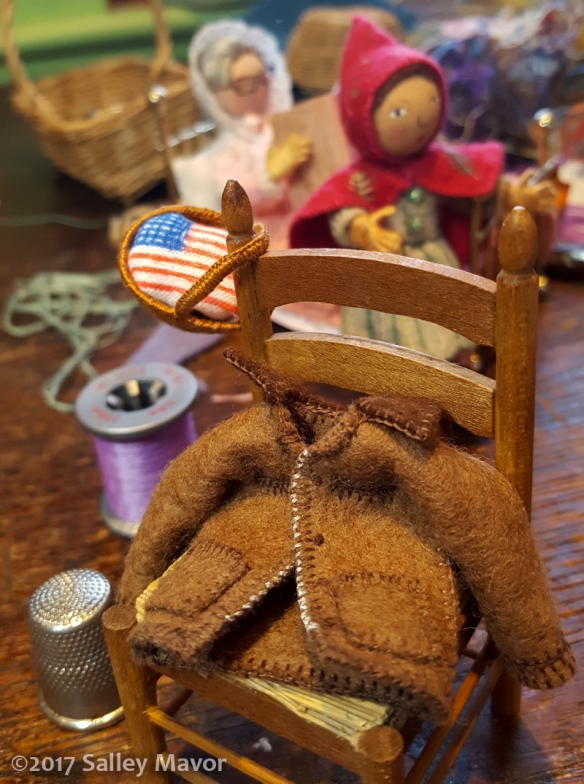 And now for a glimpse behind the scenes: Make Up and Costuming devised Big Bad’s convincing guise for the scene in Grandma’s house. 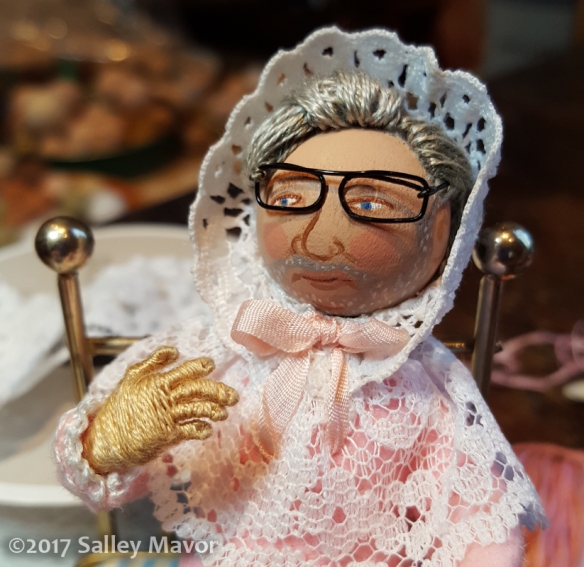 The part of Little Red, White and Blue is played by a child star who relished the idea of stepping out of her previous roles and into a more edgy drama. 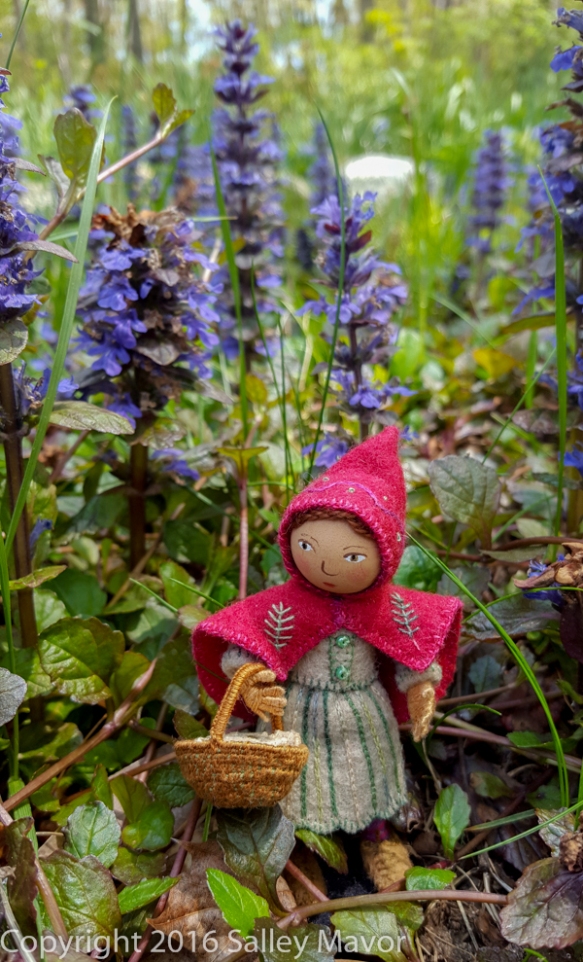 Here’s an overhead view of the wooded snow scene in the studio. 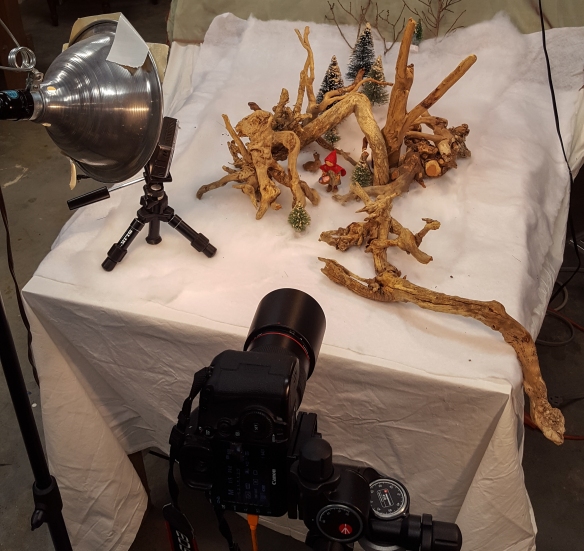 The Wee Folk Players (They’re a Stitch) formed after the 2016 election and have performed a string of episodes in the American Drama Series. To keep up with new posts, subscribe to this blog (top right column on the home page). For a wide ranging look at new and old material from my studio, please follow along on Instagram and Facebook.And to find out about Salley Mavor’s post-election satire, please read this interview. 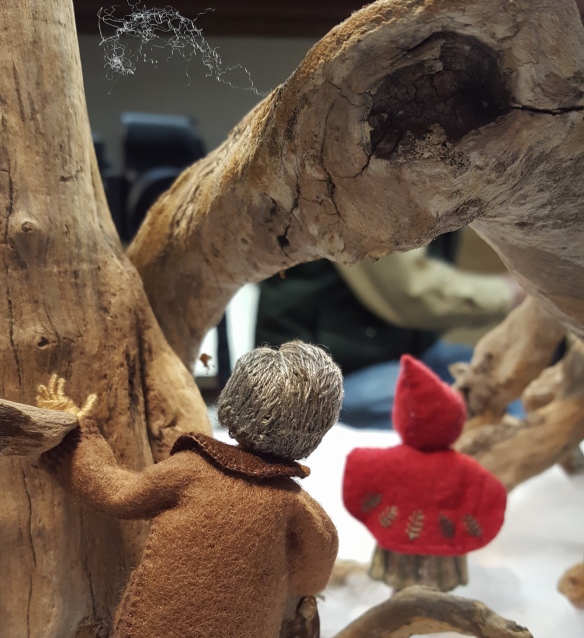