The Wee Folk Players (They’re a Stitch) are back after a short winter break. Because of the rich backlog of material, the cast and crew quickly assembled, eager to put on a new production in their American Drama Series. This scene features our commander in chief and his alt-right handy man surveying their latest spoils. 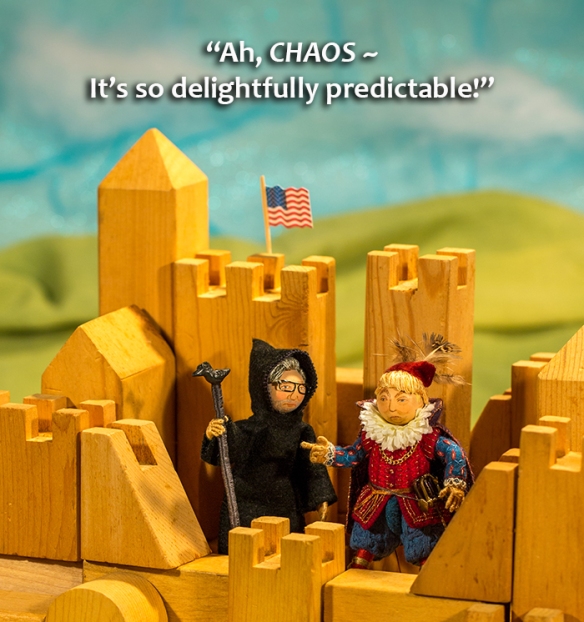 Now for some behind the scenes photos ~ The kid’s building blocks came in handy  for the set, which went up quickly. 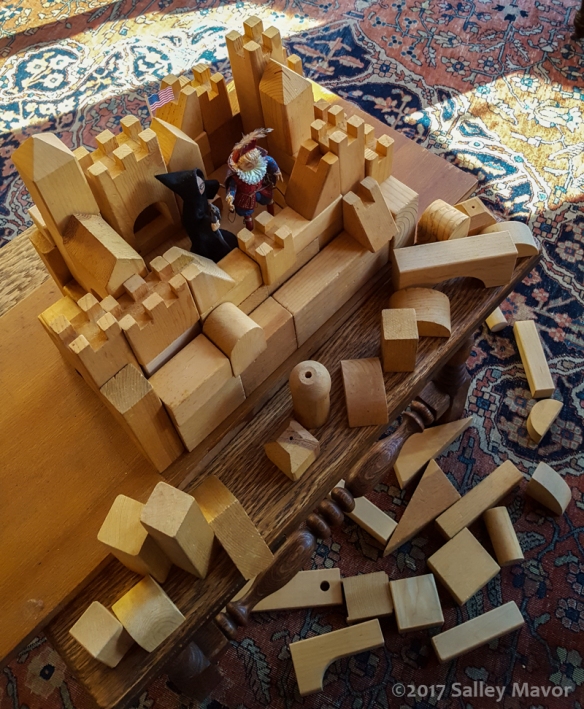 And costumes and makeup were easy enough – the leading man’s outfit was previously made for his part in Flat Earth Society, but Dark Shadow Steve’s robe and staff required an anti-hero alteration. After instructing the cast to review Marvel Comics and study BBC Historical Dramas, the director advised the cast to ham it up, adding that they couldn’t possibly overdo the performance. 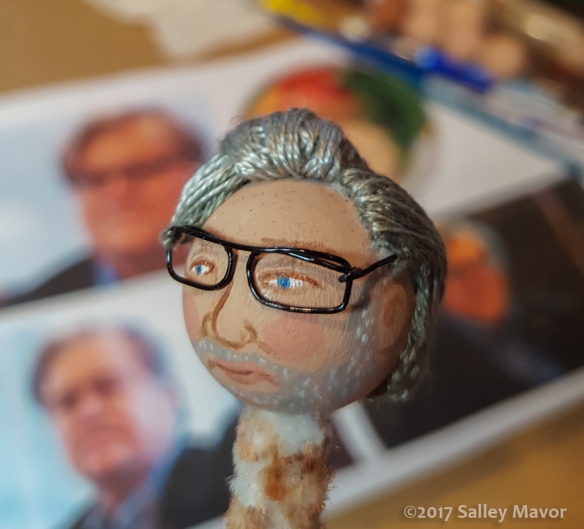 The Wee Folk Players are busy writing and directing new episodes in the American Drama Series. To keep up with new posts, subscribe to this blog (top right column on the home page). And for a wide ranging look at new and old material from my studio, please follow along on Instagram and Facebook. And to find out about my post-election satire, please read  this interview. 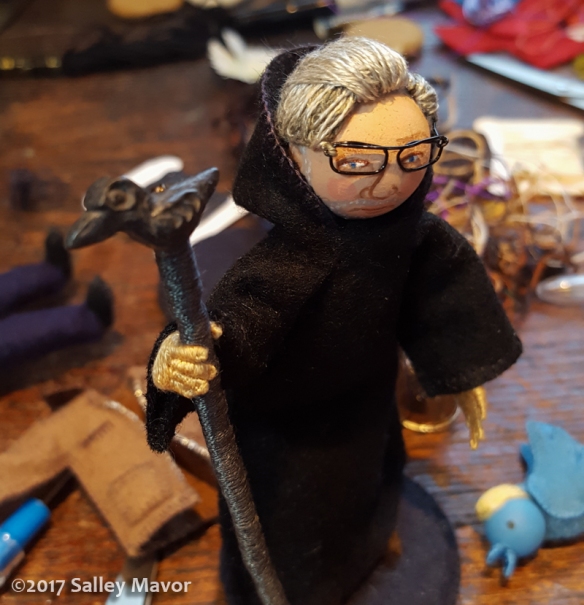