It’s been almost a year since the new edition of Felt Wee Folk – New Adventures was released, so I thought I’d bring you up to date on what’s been happening. Besides feeling a bit guilty for contributing to the wee folk addiction problem, I’m very pleased with how the book has been received. There’s more than one report of innocent people getting hooked on wrapping pipe cleaners and stitching little felt outfits. From what I hear, they’re out of control and haven’t the will power to stop making wee folk dolls. I say, keep stitching,  because it helps calm the soul.

The book is now into its 2nd printing and sales have passed 9000 copies. Just imagine the wee folk population explosion! Printed copies or the e-book version have found their way to every corner of the world, helping make the book a C&T Publishing Top 10 Bestseller!

Most books are purchased in craft and quilting shops and from online retailers. A big thanks to all of you who’ve ordered autographed copies from my Etsy Shop. Extras include a poster, note card and fairy skirts and wings. Besides all 50 states, I’ve sent copies to Australia, Canada, UK, France, Norway, Jordan, Israel, Taiwan, Brazil, Latvia, Japan, France and Russia. 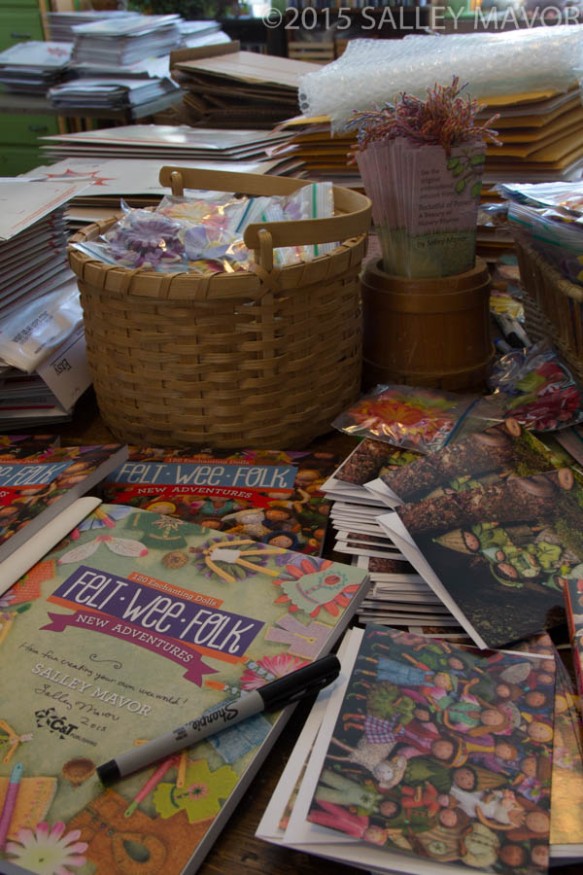 Hundreds of fairies have been dressed in faux flower skirts and wings purchased from my Etsy Shop.

The Felt Wee Folk  book trailer has been viewed well over 10,000 times on YouTube, C&T and my Facebook Page.

People have found out about the book through social media (Facebook and Instagram), the blog tour and magazine articles.

I like to think that lots of wee folk brides (and grooms) topped wedding cakes this past year.

Rob and I spent some time playing outside with the wee folk in the bugle weed forest, which grew in our yard.

Many of you made you made and set up your own nativity scene this past Christmas. I hope that Felt Wee Folk – New Adventures continues to be available for a good long while, so that more innocent people can get hooked on making wee folk! 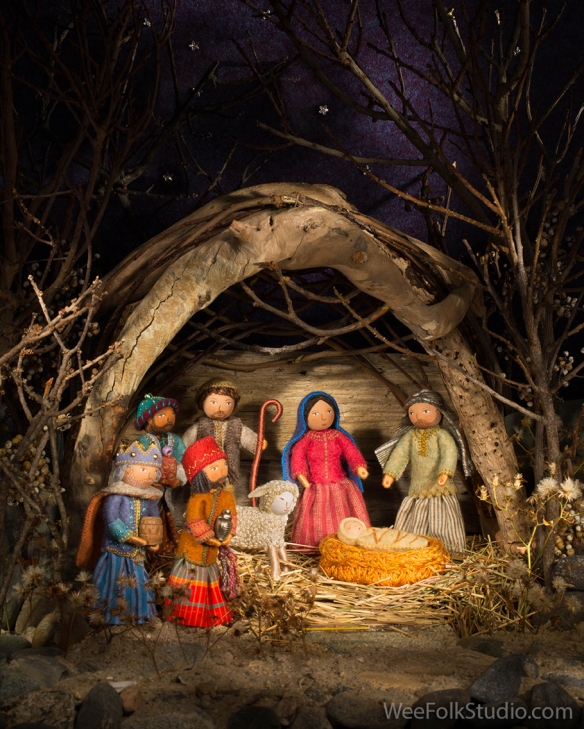