Last week, I had a delightful visit with Bronwyn Malicoat and a carload of girls, who drove to my studio in Falmouth, from Provincetown, which is at least a 1 1/2 hour ride from the other end of Cape Cod. It’s common knowledge that people from our different poles rarely visit each other (especially in the summer), because there is no direct route and the traffic can be a pain. But, I’m really glad that they came, bursting out of the car with their little fairies in hand. The girls are enrolled in Bronwyn’s summer craft program, which includes a good dose of fairy projects.

When they arrived, Rob and I were just finishing a photo shoot out on our patio. 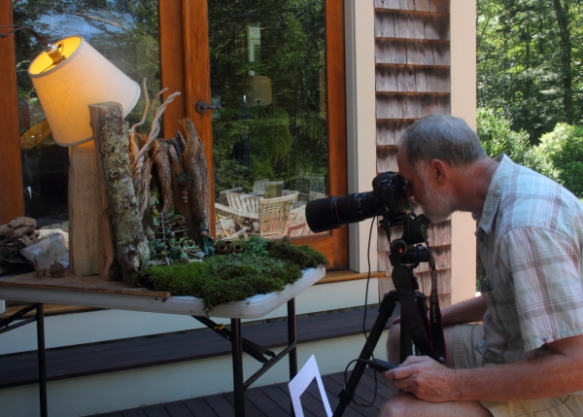 Here, the girls are looking at the scene, which includes some of my doll projects. They’ll be in the 2nd edition of my how-to book, Felt Wee Folk. Sorry, but I can’t show any details until the book is published in 2015.

They were so proud of their fairies that they made earlier in the week.

They played with them the whole time they were outside. 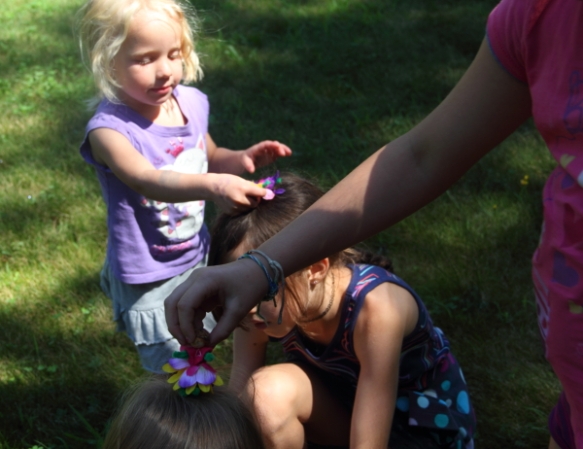 Then, they looked around my studio and took more pictures.

It was a treat to spend time with Bronwyn and her students. Being the mother of sons, I have not been around young girls very much and being in their company brought back childhood memories of playing with my sister and friends. We would spend hours making things and setting up scenes to play with. Come to think of it, I still do that now!

11 thoughts on “fairy girls in the studio”