30 years ago, a few years before I had babies of my own, I designed, sewed and sold CHIN UP BIBS. I found a box filled with left over seersucker bias strips, a stack of tags and one tuxedo bib–all that remains of my enterprise. 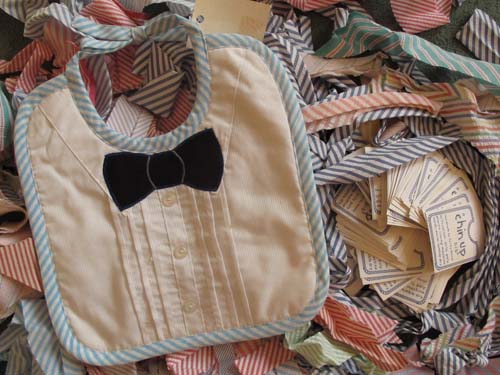 For a few years, I sewed hundreds of bibs of different styles, including tuxedos, shirt and tie, dress with pearls, clown, overalls, etc. They were backed with terry cloth and had liners cut out of shower curtains. A unifying feature was the bias edging, which I’ve since used for pot holders (see tutorial here). 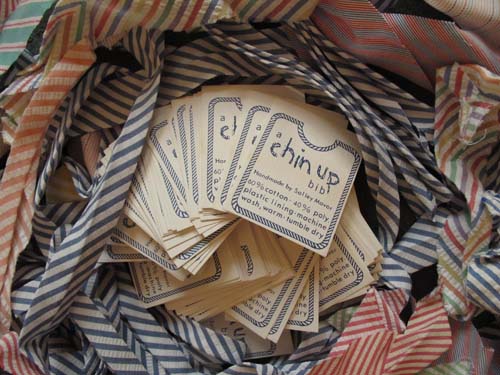 In 1982, I asked the mothers of two Woods Hole babies to model the bibs for an advertisement. My art school friend, Carmine Fantasia took these wonderful B&W photographs of  Ben and Hannah wearing the bibs. 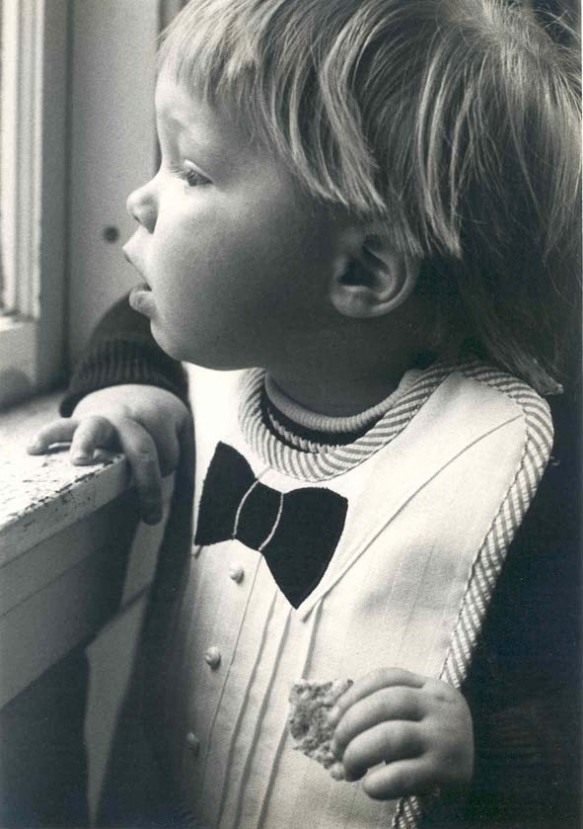 I later stopped adding bead necklaces to the girl’s style bib, because of the potential choking hazard. 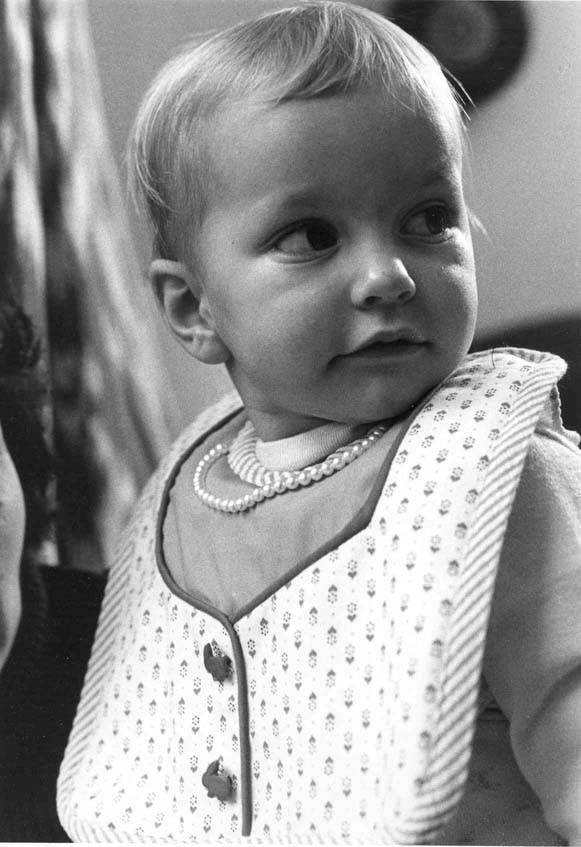 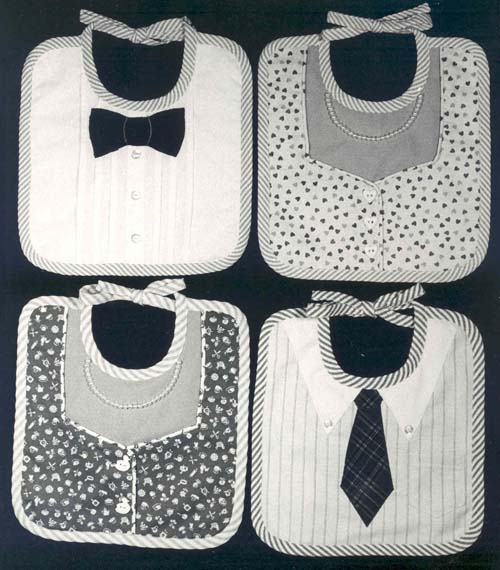 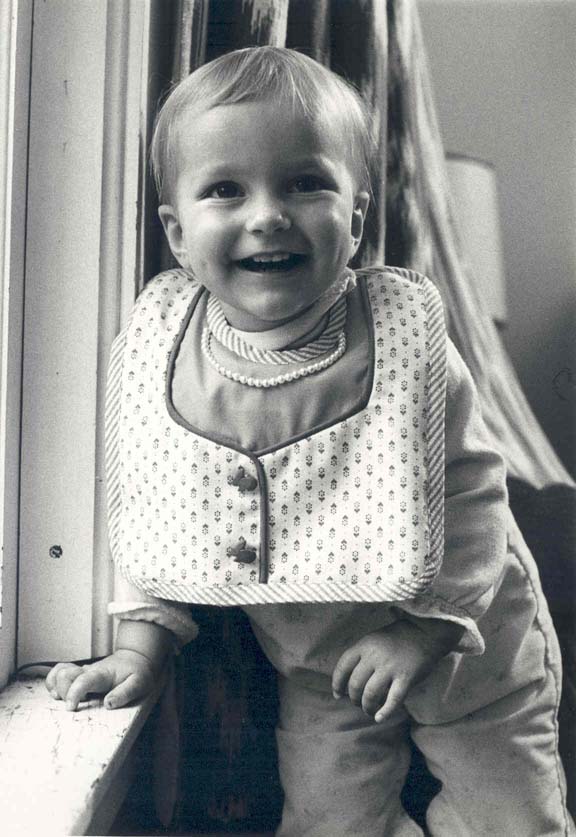 Ben and Hannah, who both turn 30 this year and are still friends, are delightful adults. Here’s a recent picture of Hannah at her sister’s wedding. 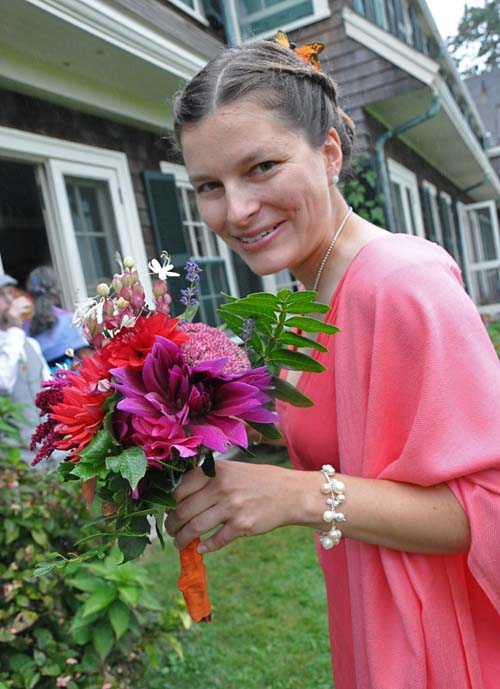 This is as close as Ben got to wearing a tie back in ’82. 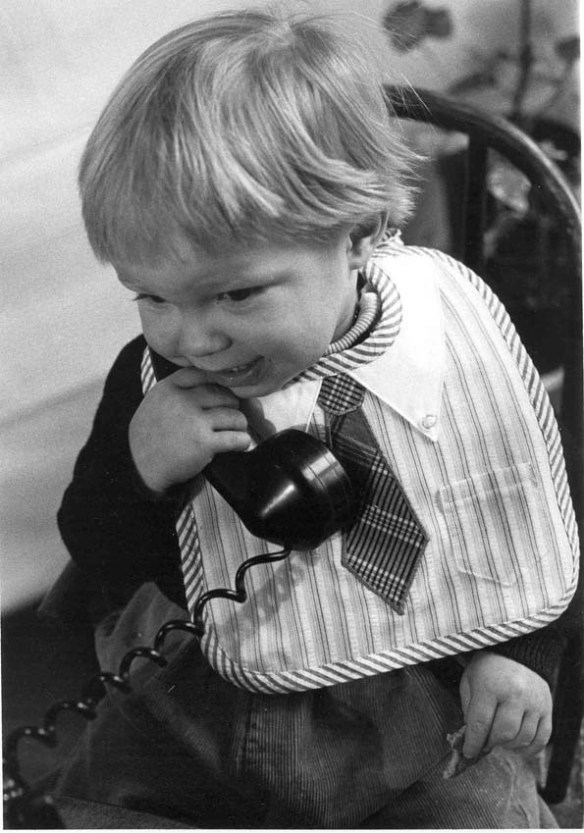 And here he is, when he got all dressed up last month, in suit and tie, for the Woods Hole “mock” formal at the Capt. Kidd Restaurant. 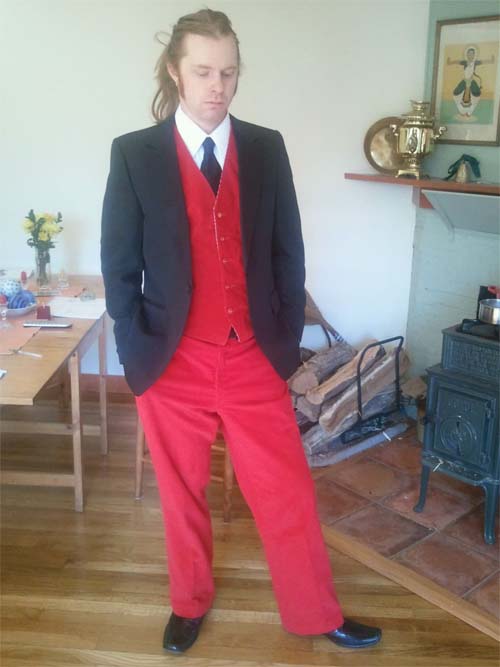 The bibs were later in Better Homes and Gardens.

I also found some pattern pieces for the bibs in my file cabinet. 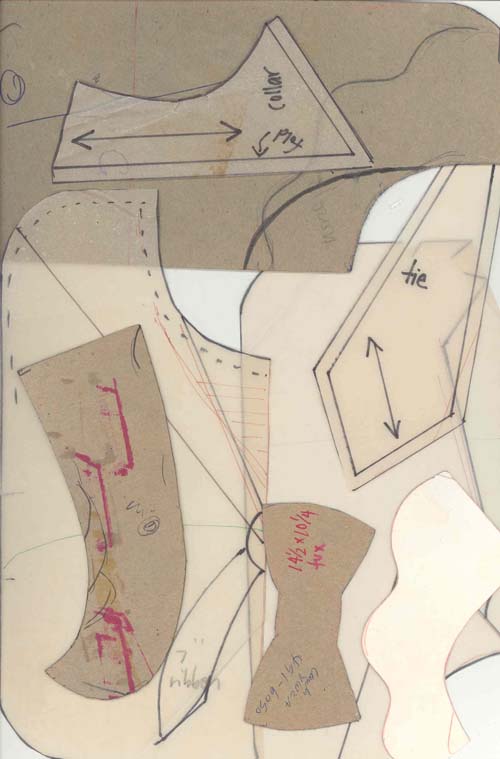 Thank you Ben and Hannah, for letting us dress you up and take your picture one morning in 1982!