There’s been lots of activity in the studio since the valentine pilot gave an aerial tease  of the new piece I’m currently working on. It now has  a name, thanks to my husband Rob, who called it Rabbitat after I told him I was making a habitat for rabbits. This is not an illustration for a book, but a stand alone fabric relief picture. I’m still sewing parts of the scene, like this lilac bush. 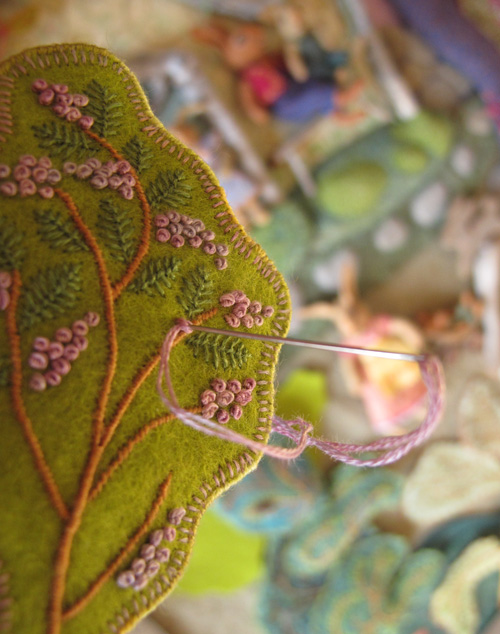 I’m also working with some local filmmakers, the husband and wife team of Daniel Cojanu and Elise Hugus. I’ve hired them to make a 3 to 5 minute film about my artwork, with Rabbitat as the subject. Here they are, filming and recording the interview portion in my studio. See the finished film here. 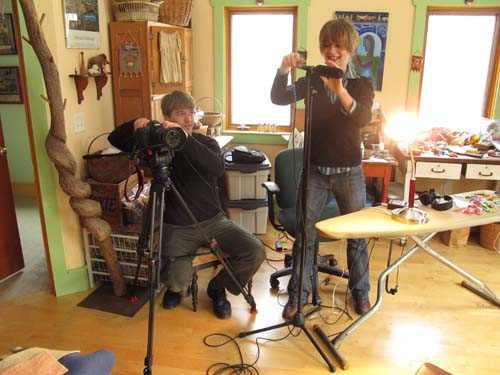 The film will show my process of working, with a voice over of me explaining and describing what I do. It won’t really be a how-to, but more of a glimpse into what I think about art and the creative process. Here I am, setting up a shot with Daniel. 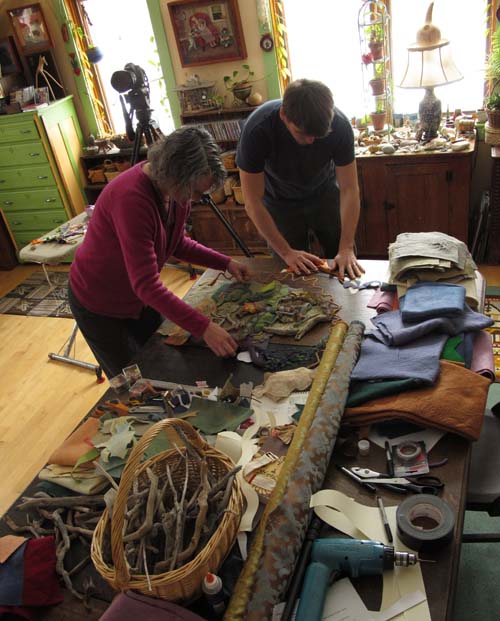 Not everything is sewn in place yet, so we played with the dolls. Here’s Daniel filming one of the rabbit characters. 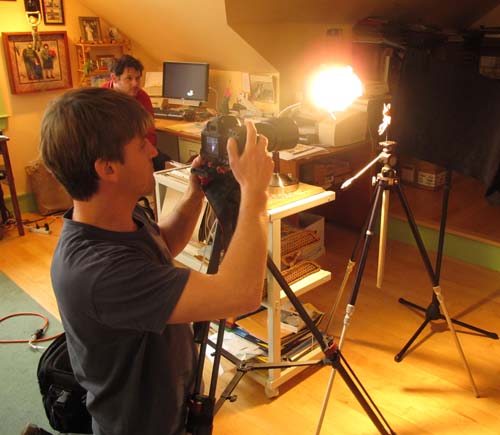 We had fun twirling the rabbit around on the tripod, while the camera rolled. Daniel and Elise will come back and film some more when I’m finished making Rabitat. I hope to have the film finished in a few months, so I can show it on this blog and when I give presentations about my work. Until, then, I’ll give little glances of Rabbitat, but save the details for when the film is completed and ready to show. 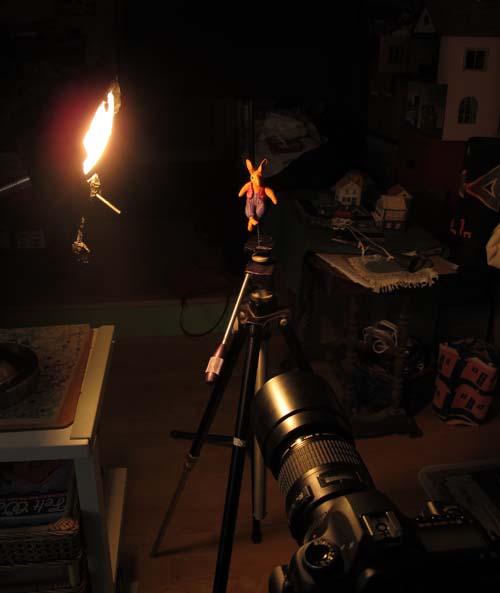