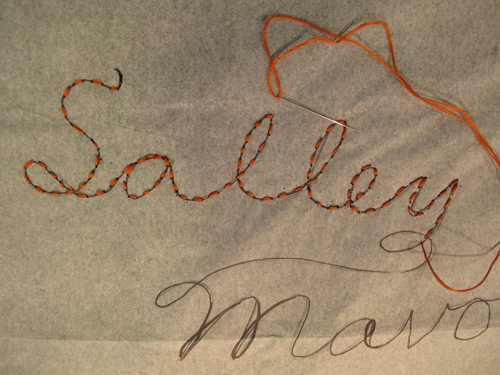 The last part of the animated title sequence in the Rabbitat film (which just hit 2001 views!) includes this stitched signature. We wanted my name to appear below the title made of found objects, so I wrote the script out in a simple line of stitches. 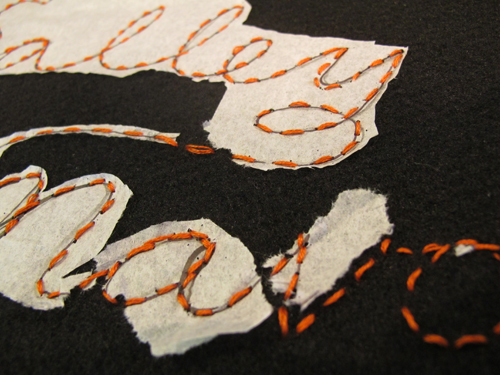 On tissue paper, I wrote out my name in pen and then pinned the paper to a stretched piece of black felt. I then stitched through the paper, tracing the lines with orange Perle cotton, making one continuous line. Removing the paper afterwards was a tedious mess. I cut as much as I could with scissors and pulled out the small bits with tweezers, making sure not to leave bits of white showing on the black background. I’m sure that I could have found a better method, like water soluble paper, but I didn’t want to get it wet. 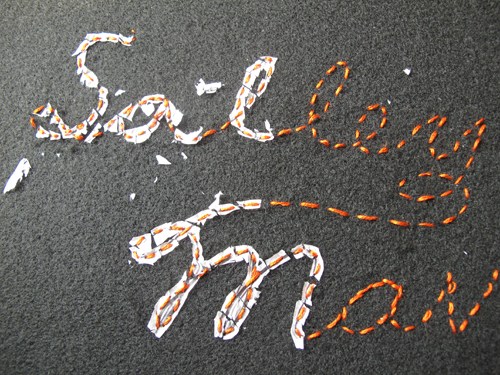 We stabilized the camera by strapping it to a stack of books. 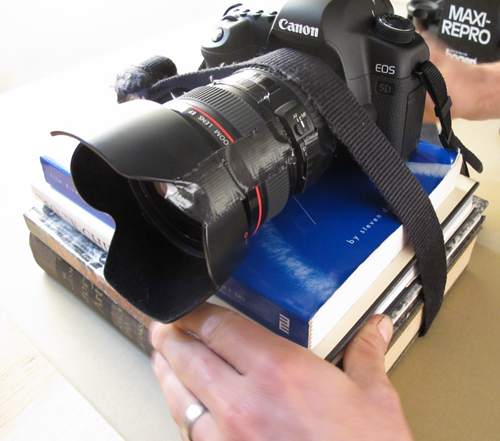 We used a tripod and clamps to hold the stretcher upright and rigid, so that I could access the back. 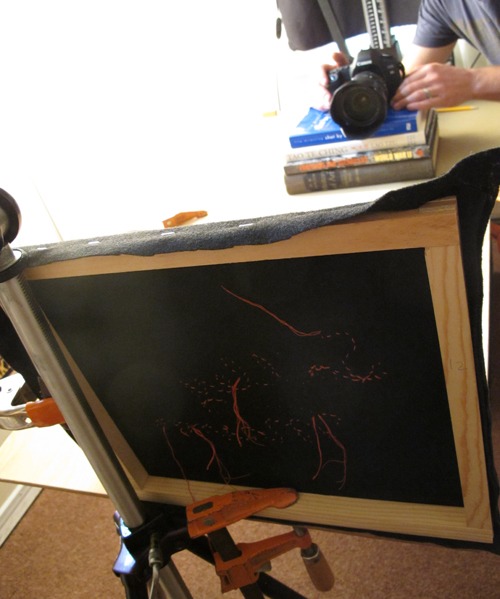 Daniel took pictures as I pulled out one stitch at a time. Through the magic of filmmaking, he put all of the photos together to make it look like the signature was written out in stitches and added it to the rest of the title sequence. The process took several hours for a few seconds of action in the film, but we think it was worth it.

To see the film and read other posts in the Rabbitat series click here. 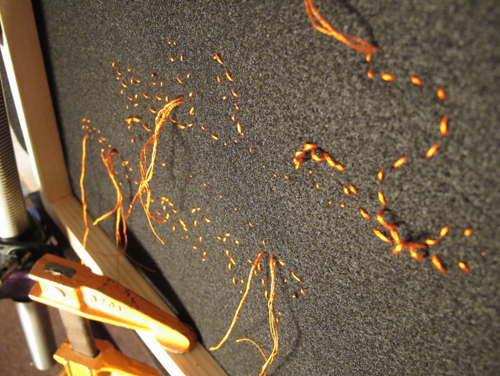