Sunday was another beautiful morning on the bike path to Woods Hole. All around me there were people setting up traffic cones and water stations for the triathlon. I managed to take a few pictures before the race started at 7:30. I’ve just been informed by a reader that the invasive knapweed below is a neuro-toxin and should not be handled!

Young Queen Anne’s Lace looks like an umbrella forced inside out by the wind.

And then later, the flower forms into a properly domed umbrella. 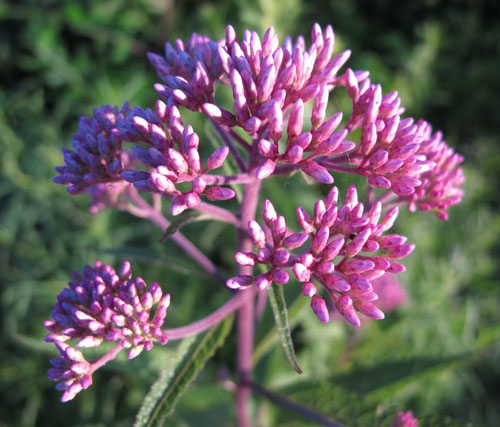